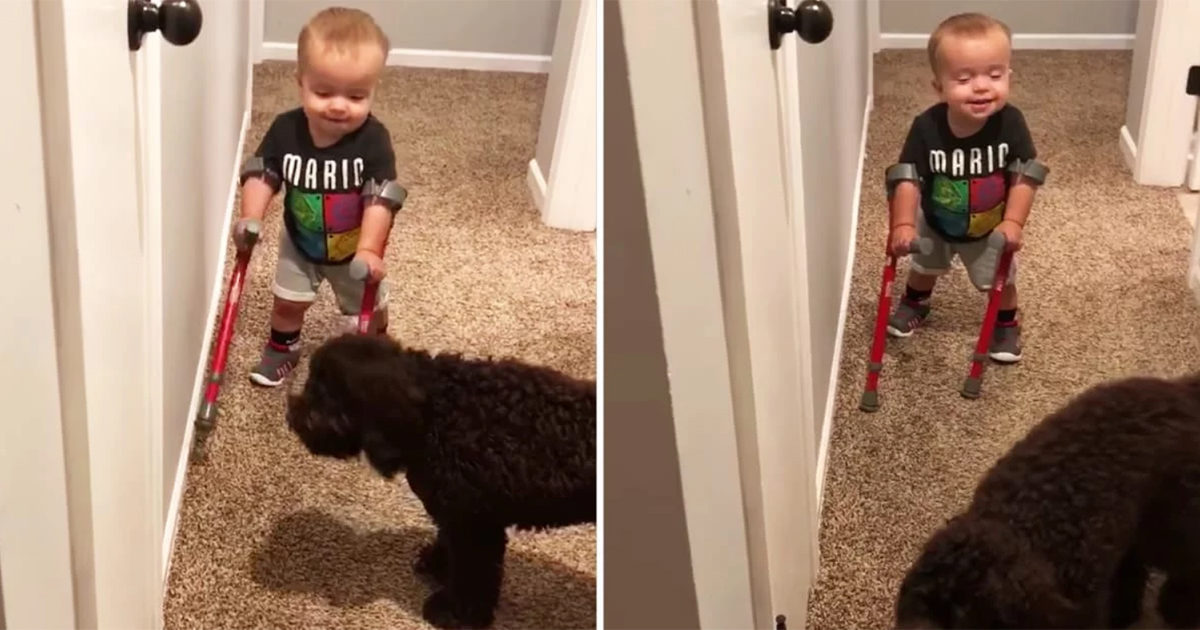 We all have struggles to overcome in our lives, but for two-year-old Roman Dinkel, he has more than most. Roman was diagnosed with Spina Bifida before birth, but that doesn’t stop him enjoying all the small victories and going through life with a big smile on his face.

At Whitney and Adam Dinkel’s 20-week ultrasound, they were informed that their child would have a birth defect. 64% of parents prenatally diagnosed with a child with Spina Bifida will terminate their pregnancy. For Whitney and Adam, that was out of the question.

They believed that every life is a gift and they wanted to give their child a chance at life. They document Roman’s life on a Facebook page dedicated to him, called Defying Odds: Roman’s Journey.

On the Facebook page, they share pictures and videos of Roman as he grows up. They love to share information about his condition to spread awareness of Spina Bifida and all his followers love seeing his cheeky face.

Spina Bifida is a condition where a baby’s spinal cord doesn’t develop properly in the womb, which causes a gap in the spine. So Roman has been learning how to toddle about with the help of forearm crutches. Roman recently got his ‘sticks’ and he has loved walking around with them.


He got the hang of his new ‘sticks’ relatively quickly. A few steps around the living room soon turned into a walk outside. Needless to say, his mom and dad are massively proud of him and it would seem that he is proud of himself too.

Roman’s daddy posted a video on Facebook of Roman bursting with pride as he walks down the corridor with his crutches. He’s so excited that he calls out to the family dog, telling her to look. It is absolutely adorable!

14 million people seem to agree that it is a beautiful moment as the short video went viral. Roman now has a load more fans, excited to see him kicking life’s butt on a daily basis.

I promise I’m going to stop talking about this soon, but this kid keeps blowing my mind. I decided to take him outside to test out his sticks in the grass. Not only did he walk all over the yard but then he walked across the street and down the road and turned around and came all the way back. Without any help from me!

Roman proves to the world every day that he will never be held back by his condition. He is a tiny, adorable inspiration to us all. And by the looks of it, to his family dog, Maggie, too.

Watch the sweet video clip below to see Roman’s precious reaction to his new ‘sticks’. Share the story with your friends to spread awareness of Spina Bifida. Also, we love hearing your thoughts, so be sure to leave your comments in the section below.