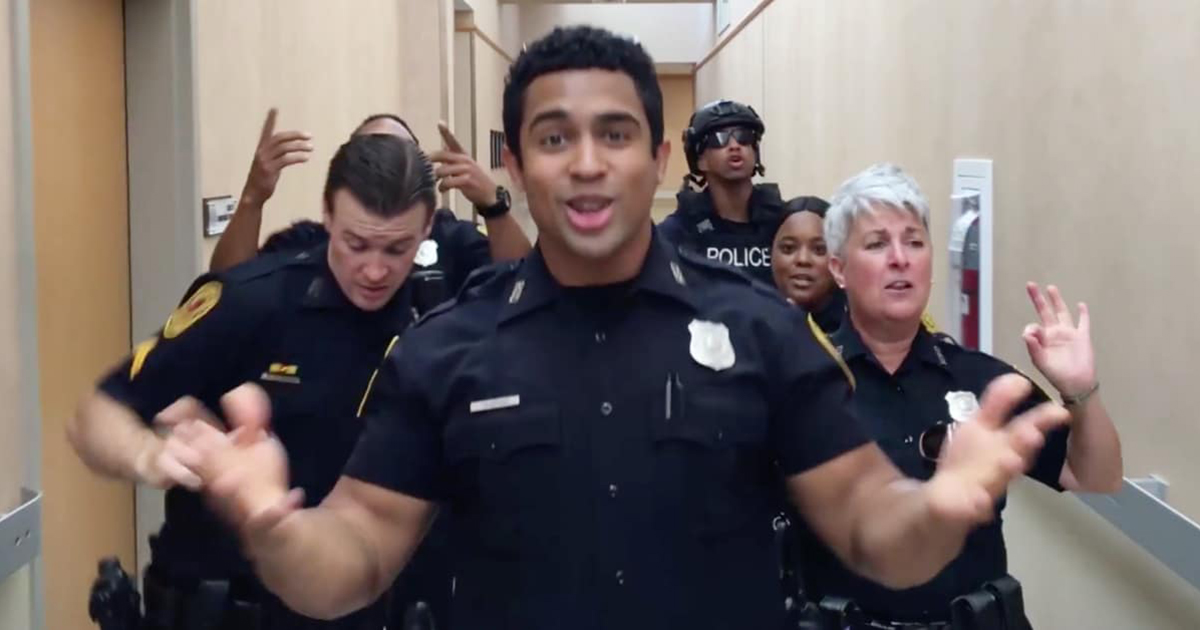 We’ve said it before and we’ll say it again – having a boogie makes you feel good! Trust us, it’s a great form of therapy to help shake away the blues and relieve stress. Sometimes you may even need to have a dance at work. For example, the Norfolk police dance to Uptown Funk to remove stress.

Yes, it seems like the Norfolk police station in Virginia love to unwind with some music. More specifically, they love lip syncing to modern hits like Uptown Funk by Bruno Mars and Mark Ronson.

Maybe the crime rate is especially low in Virginia due to people being impressed by the police’s incredible dance moves.

Police dance to Uptown Funk after being challenged

The Norfolk police department was challenged by a police station in Corinth, Texas, to partake in a lip sync challenge. Naturally, the Norfolk squad were happy to oblige and so they blasted out Uptown Funk to let battle commence.

YOUR WAIT IS OVER!!!! The Norfolk Police Department was challenged by the Corinth Police Department, Texas to a #lipsync battle and we gladly accepted. As you can see we all had a great time filming the video, which we have to point out was done in #onetake!


Police at the Norfolk station recorded the whole video in one take – talk about professionalism!

The gang manage to beautifully create a whole video manoeuvering around the police station, going to different departments and showcasing the whole team at work.

This is one pretty spectacular lip sync battle, I must say. So much so that they were pulling out all the stops to be victorious. That’s why the Norfolk police department decided to recruit some local firefighters to get involved in their video also. These guys didn’t come to play, they came to slay!

Don’t forget to watch as the Norfolk police dance to Uptown Funk in the video below. Also, we love hearing all of your opinions. So please let us know what you thought of the article in the comment section.