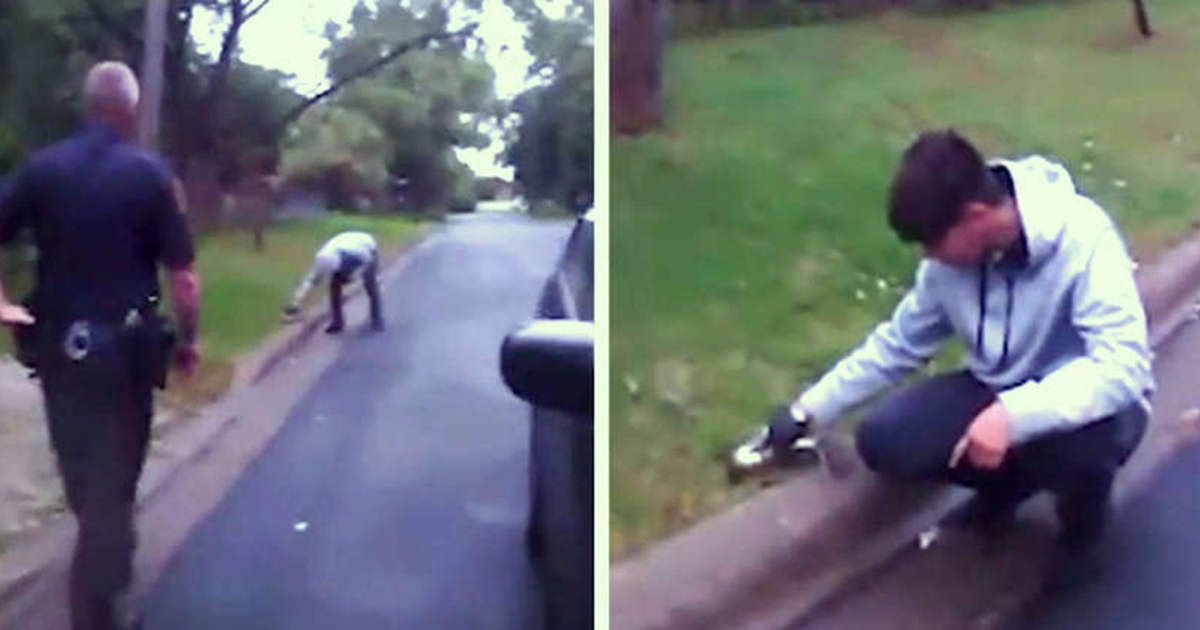 Brooklyn Park police officers were on a routine patrol when they saw a vehicle stopped in the middle of the road with the driver’s side door wide open. A young man was bent down near the curb, so they stopped to make sure everything was OK.

It turns out 19-year-old Christopher Felix had accidentally hit a squirrel after it darted into the street and under his car.

Felix stopped to see if he could help resuscitate the squirrel. He picked up the squirrel with his glove and gently placed it on the sidewalk and started chest compressions.

Felix was doing it about 10 minutes when local police caught sight of him.

One of the officers’ body cameras captured what happened next:


A story about a squirrel…

Felix’s CPR worked and he couldn’t contain his happiness at the success!

The Brooklyn Park police also thought it was a job well done and shared the video on Facebook, where it has since gone viral.