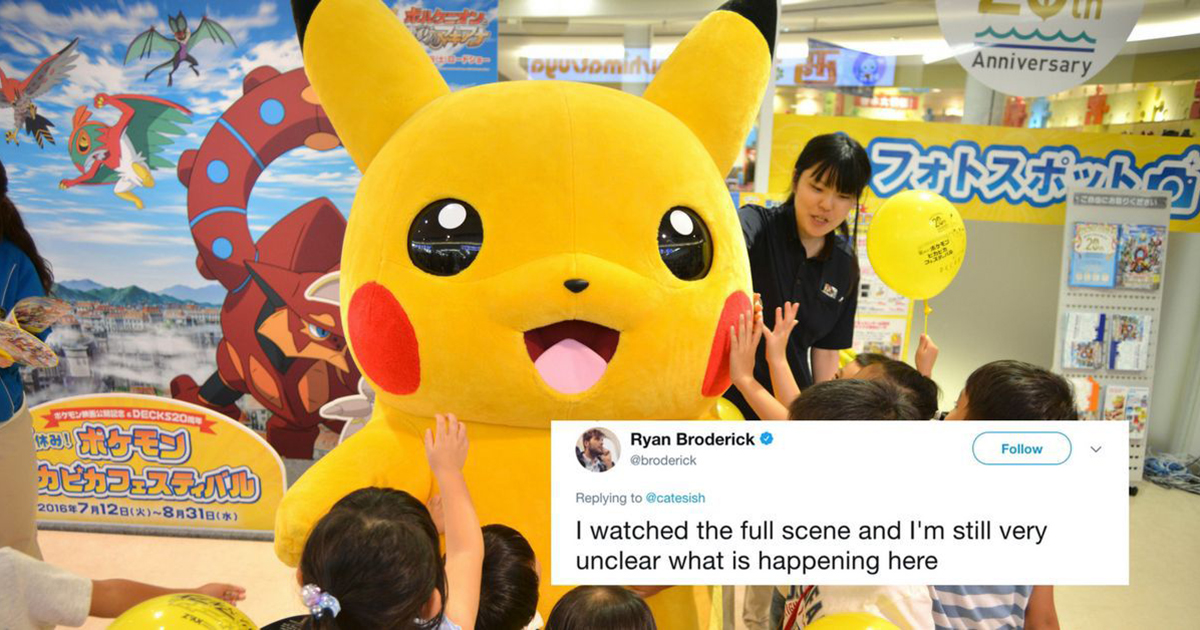 There are some things that can’t be unseen…

For many millennials, Pikachu has been a beloved character and companion since early childhood. Alongside Ash Ketchum, he’s fought off countless baddies and starred in a hit television series that’s been running since 1997. During that entire time, he’s only ever said one word: Pikachu. Like many Pokemon, Pikachu can only say his own name. But, in the newly released Pokemon the Movie: I Choose You! Pikachu departs from convention and, for the first time, speaks. It is incredibly disturbing.

Hi, I am just learning that Pikachu speaks English in the new Pokemon movie and, yes, it is extremely fucking weird pic.twitter.com/k5hm5lyW7Y

The experience is so off-putting to long-time fans that Pikachu speaking draws audible gasps, outbursts of “No!” and an exclamation of “what the f***?!”

In many ways, this is a nightmare come to life.

Some people think the fans are overreacting.

Never let these people read a Calvin and Hobbes comic strip. They'll lose their minds that the stuffed tiger can talk.

To put it mildly, the fans disagree.

Many fans are particularly distressed by Pikachu’s high-pitched voice. It’s inspired some debate online as to whether Ash’s beloved companion is a boy or a girl.

Apparently, the scene takes place during what many believe to be a dream sequence.

As Pokemon fans try to pull themselves together, others are jumping into theaters to see the event for themselves. Pokemon the Movie: I Choose You! came out on November 5th, 2017, and currently has a 20% (rotten) rating on RottenTomatoes.com.