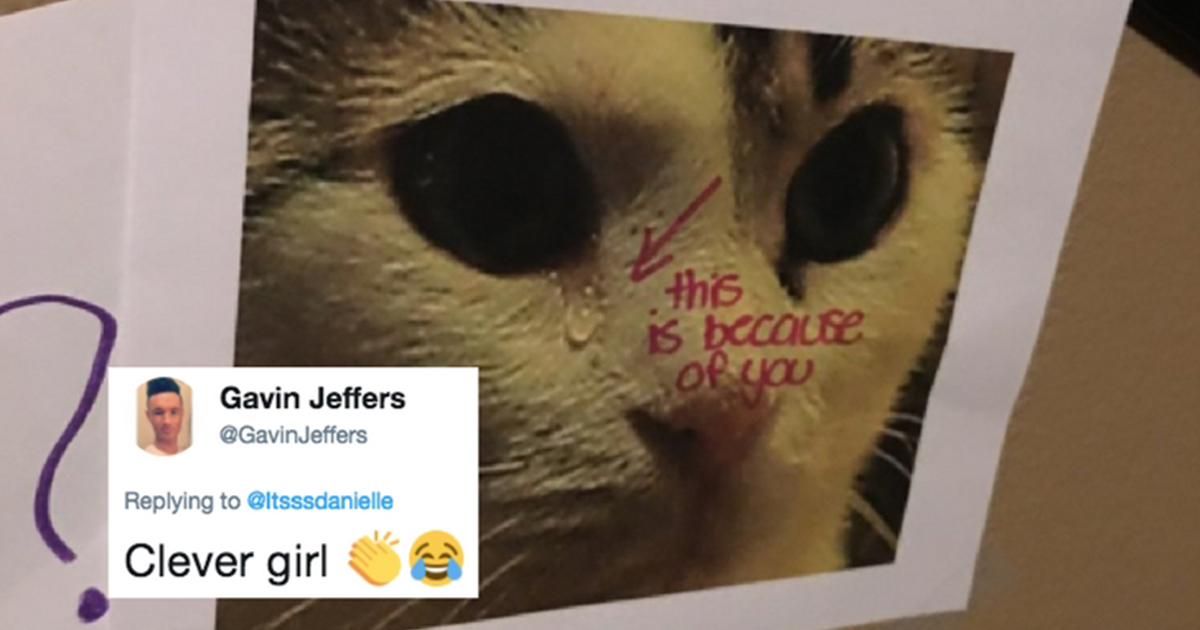 When you were a kid, if your family didn’t already have a pet, you probably begged your parents to get you one.

Perhaps you promised that you would be the responsible owner, making sure your future beloved family pet would be well-fed, cleaned up after, and, of course, loved unconditionally.

And, if your parents had any kind of guilty conscience, you hopefully got said pet.

Well, one 13-year-old girl recently went above and beyond to convince her father that she needed her very own cat. But she didn’t do it by trying to convince him that she was mature and responsible. She shamed him into feeling bad by creating a “wall of sorrow,” featuring photos and drawings of sad cats, and appealing to his sense of guilt with notes saying things like, “Your [sic] killing innocent lives.”

The girl’s older sister, Danielle Grubisic, shared several photos in a tweet, and, with the exception of some consistent grammatical errors, it’s a sight to behold:

I mean, who could say no to this face?

I mean…just look at it:

And, as the final photo would suggest, the girl’s “wall of sorrow” did the trick:

That is one pleased cat, and one bewildered father.

And while he may be frustrated for having his emotions preyed upon by his young daughter, it seems the cat has climbed its way onto his lap and into his all-too-easily-manipulated heart.

One of the only good uses of a Vision Board https://t.co/q5aVPLfy8B

And others admitted that they may have to employ the same tactic on their loved ones:

Gonna try to do this to get another dog https://t.co/CJL7gH5ZwM

…If they hadn’t already done something similar:

as a 9yo I staged a mock trial (complete with Powerpoint) to argue why my family should get not just one golden retriever puppy, but two https://t.co/tJt7oBUyf2

And, to be honest, a wall of sorrow seems like a pretty legit way to get things accomplished:

The post PHOTOS: Girl Uses ‘Wall of Sorrow’ to Shame Dad Into Getting Her a Cat appeared first on Comic Sands.