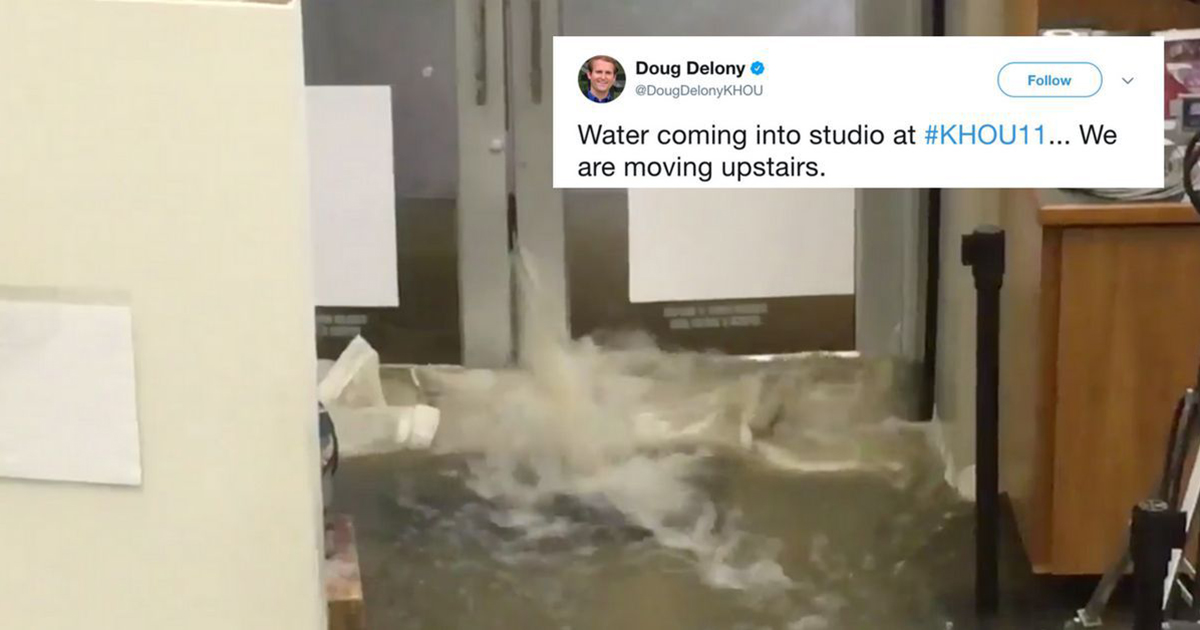 Hurricane Harvey continues to hover over Texas, dumping unprecedented amounts of rain and forcing residents to either evacuate or get as high off the ground as possible to avoid the flooding. The unfathomable amounts of water have left none unaffected, and that includes local news stations. Those who would normally be reporting on the situation felt themselves becoming part of the story on Sunday, August 27th, when the news studio began flooding and the crew had to move to higher ground. Several reporters at the station shared pictures and videos of the incident.

Water coming into studio at #KHOU11… We are moving upstairs. pic.twitter.com/MMEljNatw7

But the situation quickly escalated:

Flooding. We are on buffalo bayou. We also have roof leaks but that's not the issue. This is before the water moved in thru the front. pic.twitter.com/KY45WwZsAa

Water poured in through every door:

Nothing could stop it:

Of course, newscasters often have a flair for the dramatic:

I can only think of Saving Private Ryan. The last man standing blows the bridge before the Nazis take it. The code word is Alamo. #khou

The station was also forced off the air in 2001 during tropical storm Allison, which Harvey now threatens to eclipse. Fortunately, despite the loss of television signal, everyone made it out of KHOU safely.

The @KHOU building has been evacuated and the station is now off the air. #HurricaneHarvey

The flooding in Texas is incredibly extreme. Hopefully, like the staff of KHOU, everyone makes safe choices and keeps away from the water:

This is insane this is a traffic camera at the height of the street lights almost underwater in #Houston. #Flood #Harvey pic.twitter.com/45s3NGUUjF

This image and the forecast of what is still to fall…. This is surreal. #HoustonFlood #Harvey pic.twitter.com/zK9WojsMAH