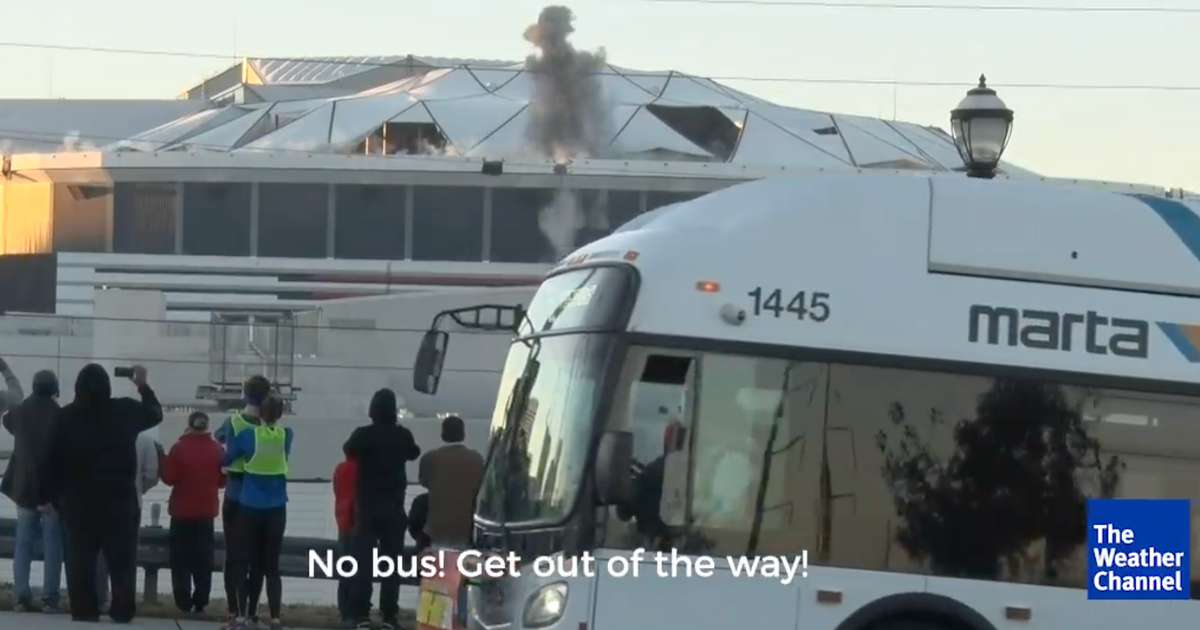 In its quest to be relevant and produce some fire content in 2017, The Weather Channel set up a livestream to capture a controlled implosion of the Georgia Dome.

Everything was set — the camera was placed in the distance with people in the foreground to get some perspective, the countdown began, and just as the first set of explosions occurred, a MARTA bus rolled up, stopping directly in front of the camera’s view of the demolition.

“No bus! Get out of the way.” the cameraman can be heard yell-whispering as the building came down  behind it. Moment later, the bus leaves, and all that’s left is a plume of smoke. The building has fallen.

This is an epic photobomb

Posted by The Weather Channel on Monday, November 20, 2017

Surprisingly, this isn’t the first time that a bus has ruined a camera’s perfect shot of a demolition. Just last year a city bus did the exact same thing in front of a controlled demolition in Glasgow, Scotland.

Maybe next time don’t set up your camera in front of an active street. Maybe?