A petition’s been started in Clay County, West Virginia to fire its mayor and and a government employee for posting racist comments on Facebook. “It will be refreshing to have a classy, beautiful, dignified First Lady in the White House. I’m tired of seeing an ape in heels.”

The “dignified” first lady she was referring to is Donald Trump’s 3rd wife, Melania. The “ape in heels” she’s referring to is Harvard Law graduate, writer and social activist Michelle Obama.

Clay’s Mayor, Beverly Whaling, responded to Taylor’s post saying, “Just made my day Pam.” The social interaction may cost the women their jobs.

Sheriff of Clay County, Garrett Samples said threats against the women’s lives have been made despite no official reports being filed with the police department.

Taylor apologized on social media, saying that calling Obama an “ape” wasn’t intended as racist, because she wasn’t referring to her “skin color.” Phew! To Whom It May Concern:


I would like to address A Facebook post on my personal page from earlier today. I had posted a personal opinion in regards to the current First Lady of the President of the United States which has been misconstrued as racist. I would like to first apologize to any one individual that took offense to my post; that was not my intent. I am in no way, shape or form, a racist, bigot or chauvinist. My post, be it may interpreted as racist (though NO WAY INTENDED TO BE), was referring to my personal opinion of the attractiveness, NOT the color of one’s skin. For those that as as thought that it was inappropriate and racist; skin color was the furthest thing from my mind. I have since removed the post, recognizing my error in judgment and how it can be considered insensitive. Unfortunately, there are individuals that want to continue to exploit and inflame this situation, by continuing to repost and share it. I would like to respectfully and humbly request that you please refrain from sharing or posting the post I am referring to, not on my behalf, but on behalf of my family and friends due to the fact that this may cause undue duress. , however, am entitled to my own opinion, as afforded under the constitution of the United States; as well as every citizen of this country. Once again, I apologize for any hurt my post may have caused; but firmly stand behind YOUR RIGHT as a citizen of the Unites States of America to state YOUR opinion (even as possibly offensive and hurtful as I may find it) about me and my personal observations.

Yeah, but she still wants you to stop sharing her post.

A petition was started to have the women terminated from their jobs. It’s already reached its original 110,000 signatures goal and more and more people keep signing. But that’s just for the complaint to be considered seriously. It doesn’t mean that the women will be fired for their racist online interaction. At the very least it gives the public a chance to decry such disgusting language against our current first lady, especially from government employees who weren’t smart enough to keep their discriminatory views off social media. (h/t wsaz) 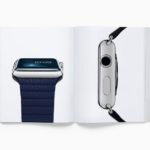 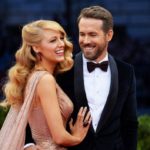