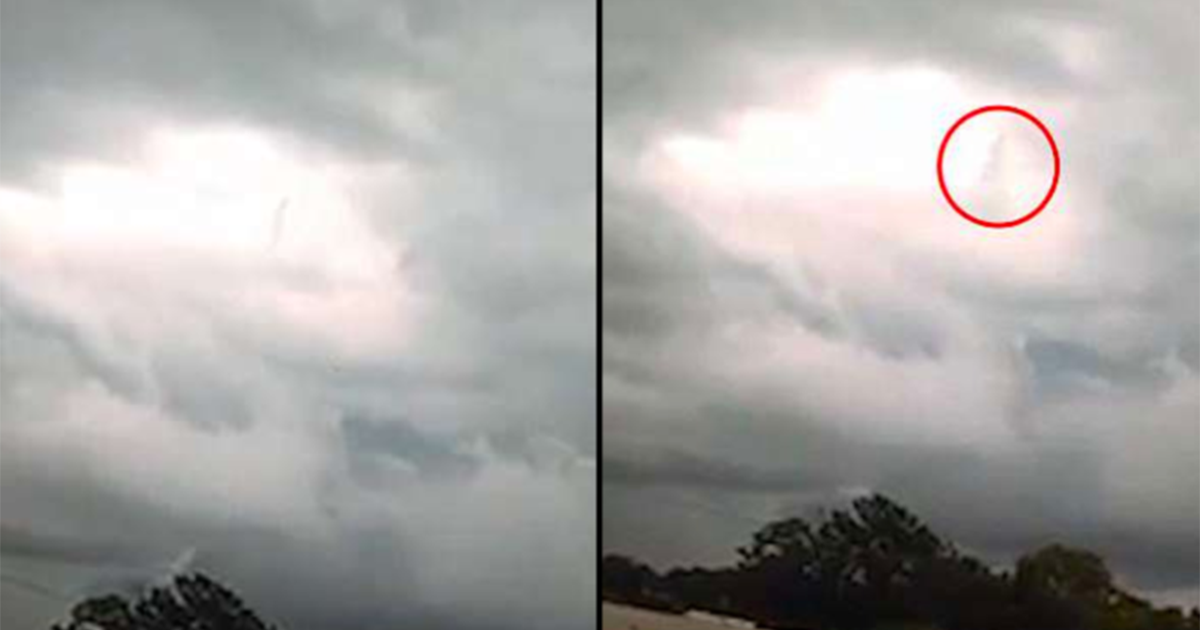 Tell the philosophers, the spiritual leaders, the atheists – we’ve got some new evidence up for consideration. It looks like there’s a man living in the clouds, and some are saying it’s ‘God’.

Well, that’s what Tuscaloosa, Alabama resident Solo Dolo says, along with many of the million plus viewers of the video she uploaded to Facebook. It appears to show a mysterious figure ‘walking’ across a bright patch of sky during a storm.

Solo had taken to Facebook Live to stream footage of a powerful storm going on outside her house, and never actually noticed the strange presence moving in the clouds when she first filmed it.

During the video, she says: “Hey, we’ve got a storm over here. We got no power, everything blowing over here, boxes, trees.”

Then, even though she has no idea what the eventual footage shows, she pans the camera over to a singular bright break in the heavy clouds.

“Look at that hole right in the sky… that’s who’s got the power,” she said.

“He got us covered at least, we’re alright.”

Although Solo didn’t notice at the time, people watching the video pointed out that there was a shadowy, humanoid figure that appears to walk towards and then past the bright gap in the clouds.

It looks like a tall male figure with arms and legs, walking upright.

Solo’s friend Lisa was the one who first pointed out to her that there was something strange in the video.

On Facebook, Solo said: “Can’t tell me my God ain’t real! Thank you God for using Lisa StandAlone Baker to reveal this to me. Too see this is to believe this.”

People sharing the video on Twitter were equally amazed, with some taking it as a sign of the Almighty.


One person said: “GOD IS COMING …. Someone is walking in the clouds.”

But others weren’t so sure, with one Twitter user replying: “Man, I watched the video more than seven times, I don’t see anything… maybe it’s my phone. I don’t know.”

Well, I think just one viewing of this video should be all it takes for known Richard Dawkins to renounce his atheist ways. Or maybe it’s some clever camera trickery, who knows? But just in case: God is coming, Richard – look busy.

Man Spotted Walking In The Clouds