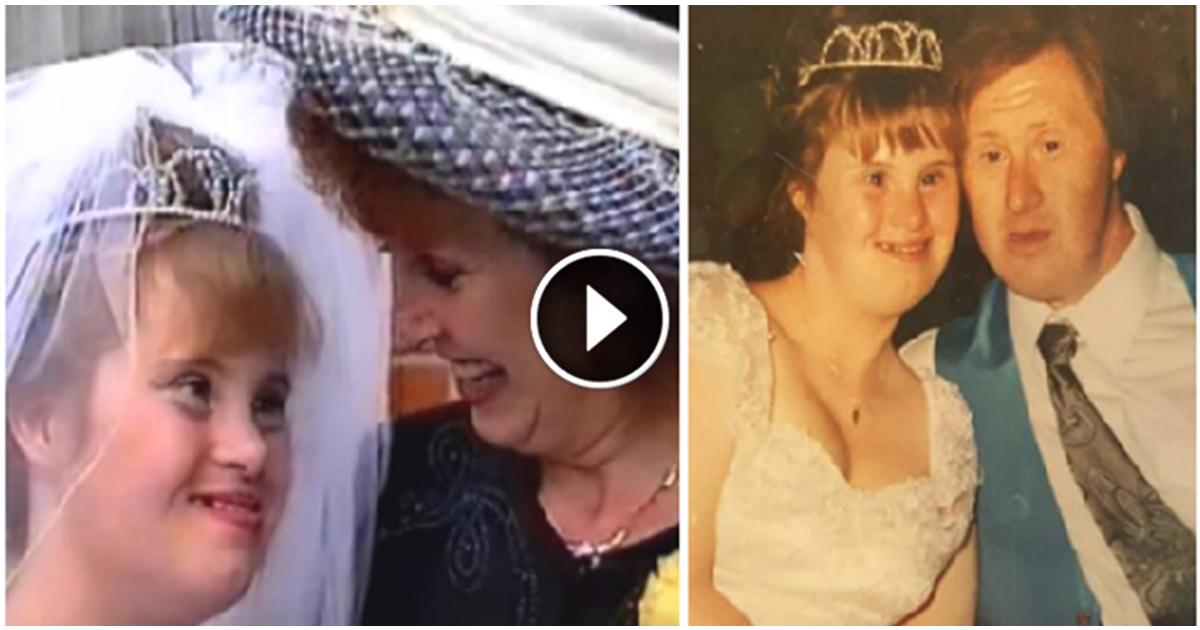 When Maryanne met Tommy Pilling 22 years ago, they were both attending a local training center in Essex, England, for people with learning disabilities. From the beginning, people remarked on their sweet and innocent relationship.

In July 1995, a very special couple said “I do.” Despite the doubters that disbelieved they had any chance at a happy future together and to function as a married couple, Maryanne and Tommy Pilling have defied the odds. They are a wonderful example of true love standing the test of time, even when people didn’t support their decision to get married years ago.

They both have Down syndrome and have dealt with their fair share of mean and rude people.

Maryanne’s mom gave her blessing, but sadly, others didn’t approve. Maryanne’s sister Linda Newman told PEOPLE that their mom received “a lot of flak” for supporting them getting married. But considering how many marriages today end in divorce, theirs is a love story that has withstood the tests of time and negativity.

Twenty-two years after they wed, Maryanne and Tommy are still going strong. They don’t argue; they love each other unconditionally.

Watch their beautiful love story below, and see what makes their relationship so special…


The post Mom was Under Pressure for Letting Daughter get Married, but 22 Years Later they All Regret it appeared first on THE BEST VIDEOS BEFORE THEY GO VIRAL – Damn Bored TV.