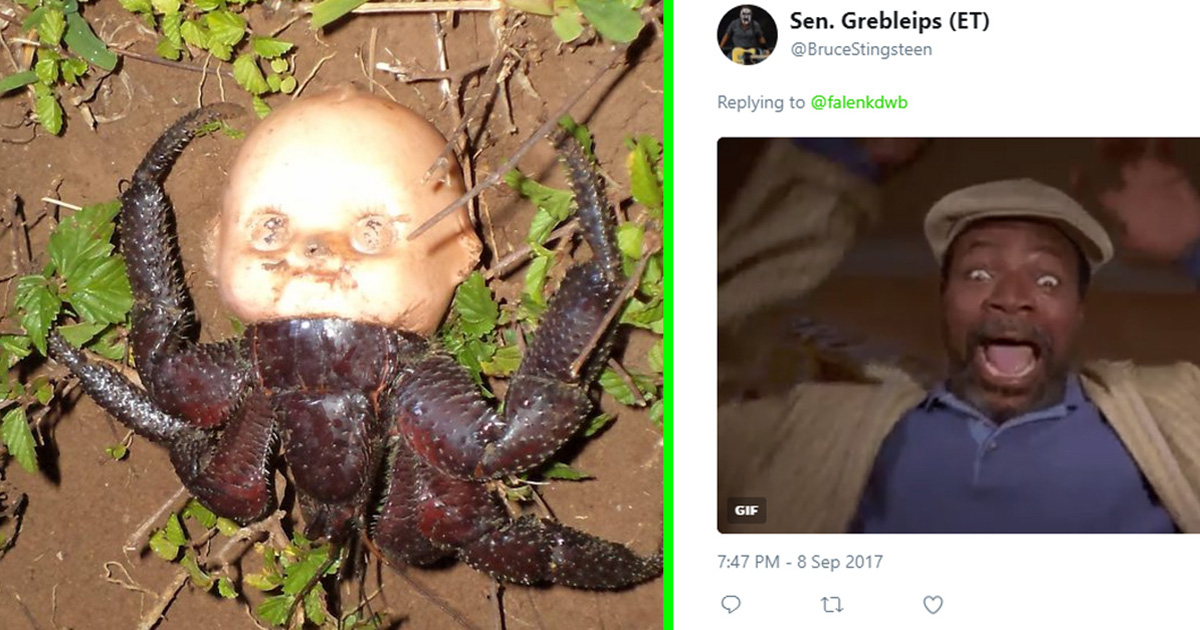 Dolls and multi-legged invertebrates are the perfect ingredients for nightmare fuel, and now they’ve come together in real life.

A photograph of a young coconut crab using a doll’s head as a shell went viral this week and people are freaking out.

The Daily Mail reports that the image was taken on Henderson Island in the Pitcairn Islands of the Pacific.

Coconunt crabs are creepy enough given the fact that they’re the largest land-living animal with an exoskeleton. They pose no threat to humans, but they look like space monsters, which won’t win them any popularity contests. These crabs can weigh up to 9 lbs and their leg span can be as large as 3 feet.

Viewers were quick to respond with a slew of images and gifs conveying their reaction to the monster.

This is scarier than IT.