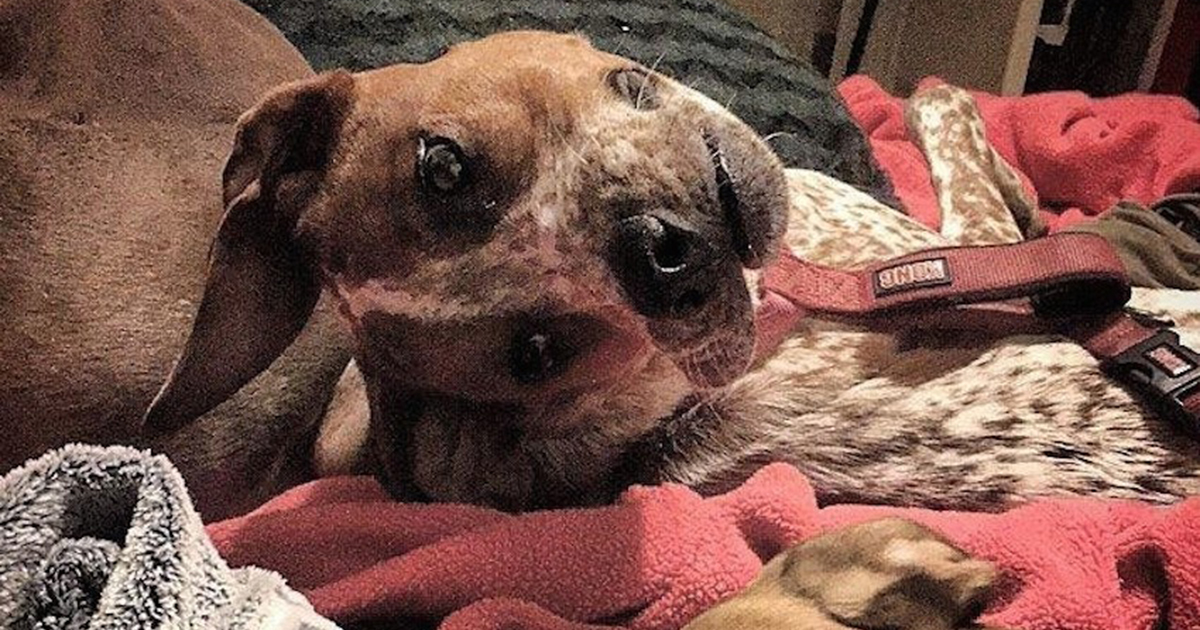 It’s a photo of a dog that has most pet lovers scratching their heads. That’s because at first glance, the snapshot appears to be of a dog with a misshapen face. But it isn’t – it’s actually an unintentional optical illusion.

The photo was posted to reddit and immediately confused people. “It took me way longer than It should have to figure out the dog’s head was almost upside down to appear as it does,” said one redditor.

Yes, the person is correct. It is a dog who simply has tilted his head sideways while looking at his human. His ears are flopped over to one side and his jowl is hanging down, but he’s really just goofing off. What makes it hard to see at first might be because of the colors and the other dogs lying in the foreground and background.


Many people were relieved upon reading what they were supposed to see. “Thank you. I just spent two minutes spinning my phone around trying to see this dog after already coming to terms about how great the owners are for adopting this poor dog, while taking solace in the fact that he doesn’t know he’s different, only to find out he’s ok after all,” another person wrote. “What a roller coaster!”

That hasn’t stopped people from agonizing over trying to make sense of the image. “It’s hurting my brain,” another person on Reddit wrote. So, another viewer decided to help people out and created this helpful illustrated gif.

Things are so much clearer now! I love a good head-scratcher. Did you see what it was all along? If you enjoyed solving this puzzling photo, share it with your friends and family.