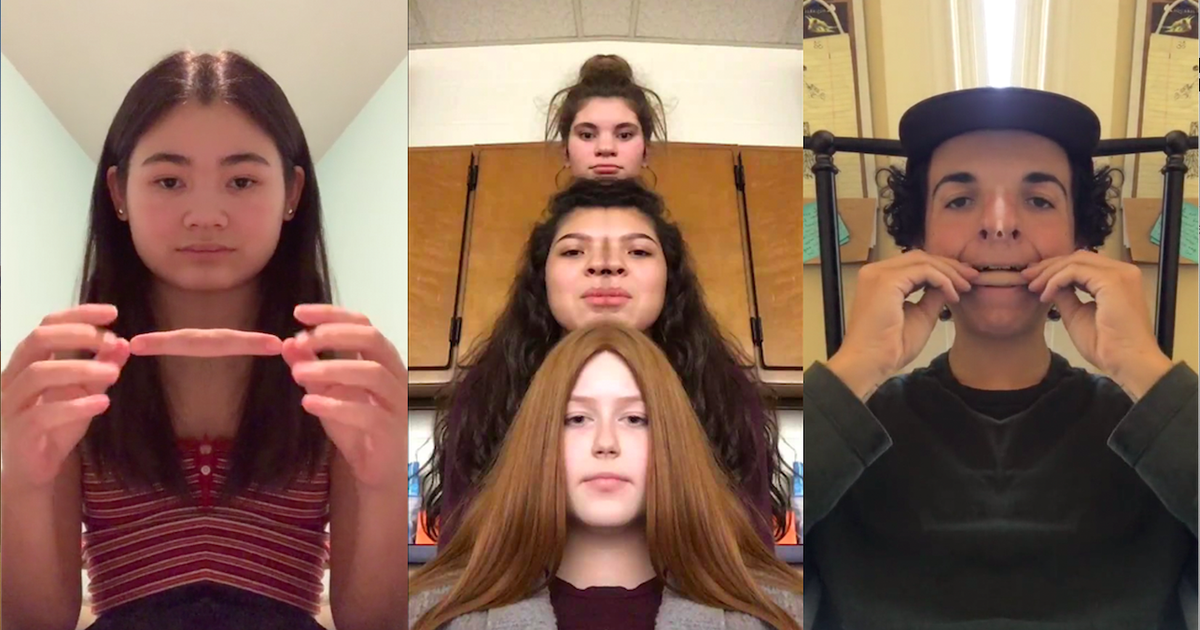 Welp, it’s finally happened. The teens are eating themselves for content.

Well, not their actual flesh, thankfully. People on TikTok are using the mirror filter to appear as if they are chowing down on their own fingers. This is a disturbing undertaking on it’s own, but the worst part is that they’re doing it to “Bring Me to Life” by Evanescence… but it’s the Kidz Bop version. *cringe*

The most enjoyable part of these videos is watching the teens keep their composure as they eat their fingers.

This girl is trying very hard not to smile through the whole process.

Or this boy who comes very close to having his nostrils merge.

In this one there are parts where I’m convinced she’s laughing, and others where I’m positive she’s crying. You decide.


This girl was probably the most composed out of all the finger eating videos. So congratulations to her.

Apparently none of these kids had a kindergarten teacher who told them not to put their fingers in their mouths.