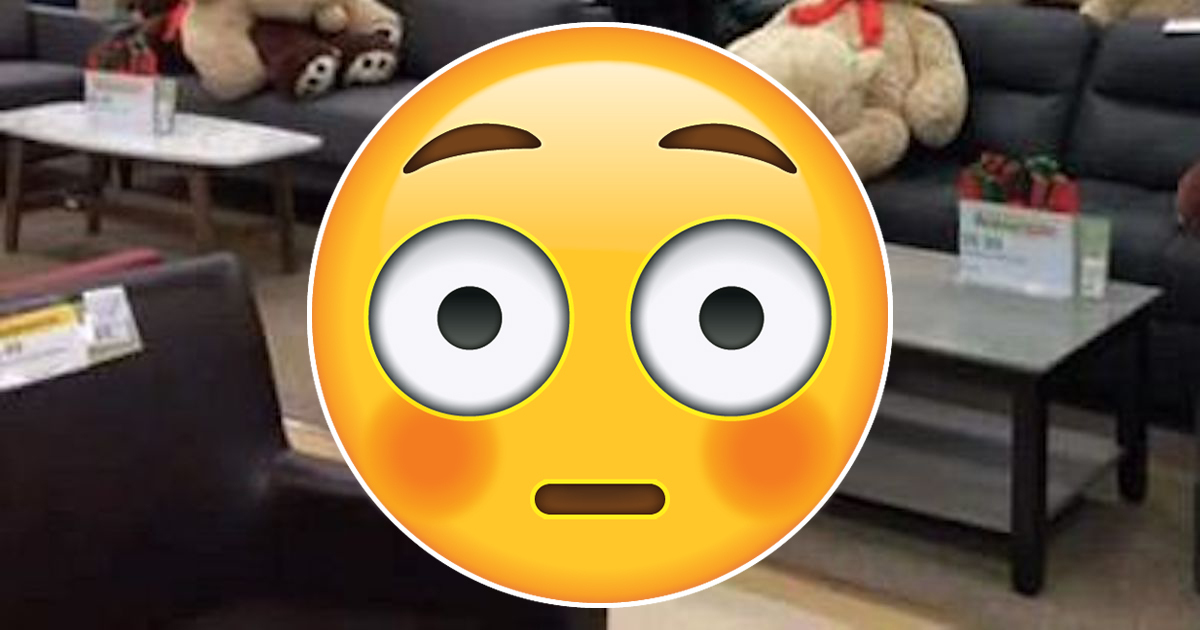 Store displays are one of the most emblematic fixtures of the holiday season. There’s something about a festive floor display that just really lets you know that the holiday shopping season is upon us, and happily invites you to spend all of your money on gifts for both yourself and your loved ones.

However, one recent retail outlet apparently took a bit of an unusual tactic with one of their floor displays. And by that, I mean: some bored customer did it for them.

Penny Knutson from Green Bay, Wisconsin, recently received a photo taken in a Shopko (a Wisconsin retail chain) by her daughter. Apparently, her daughter had been shopping around the furniture department when she noticed that several of the store’s giant teddy bears had been arranged in some surprisingly NSFW positions.

When Knutson posted about the experience on her Facebook page, people were both confounded and delighted by this bawdy discovery. “(The) best part is they walked them 2 at a time and set them up with no staff noticing,” one Facebook commenter noted. “Just imagine if R Kelly was playing in the background,” another mused. (Um, no, let’s not.)

While I’m sure this event was bad for Shopko employees (somebody was to blame), it was very good for the internet’s overall well-being.

Now, if you’ll excuse me, I’m going to go find a department store with oversized stuffed animals for a totally non-prank-related reason…