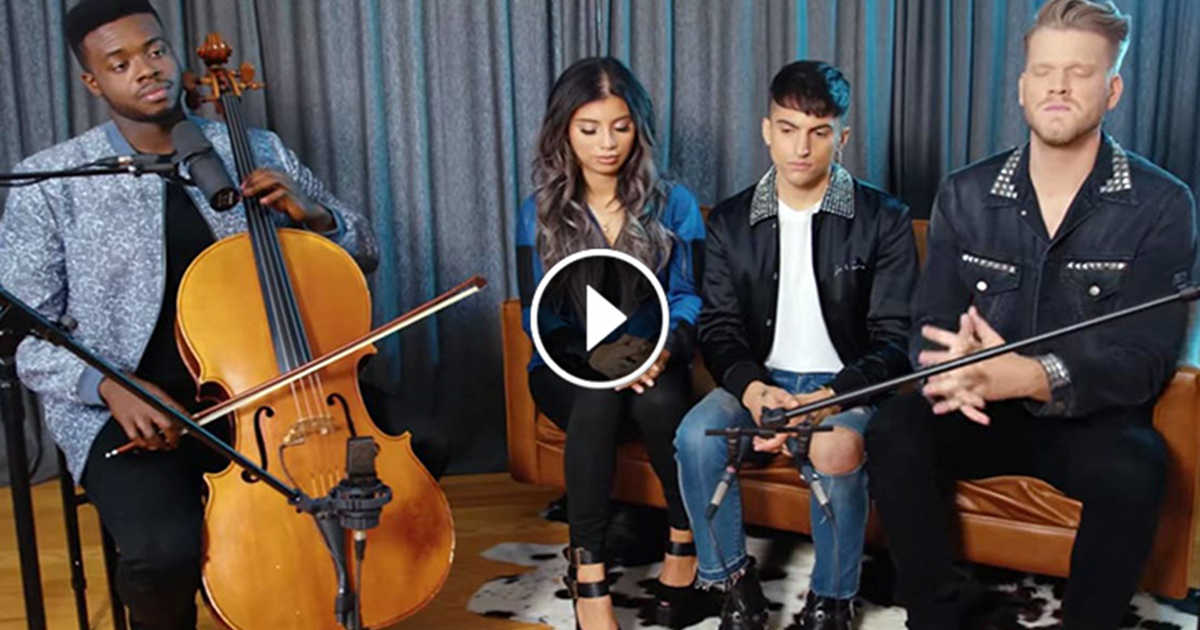 It’s not the first time that acapella group Pentatonix has released a new music video that mesmerized everyone with their fantastic performance, and their latest video certainly isn’t an exception. However, the songs of the past are nothing compared to this rendition of “Dancing On My Own,” which was originally sung by Robyn.

It didn’t take long after the video was published before it went viral, and it even gathered more than a million views within 24 hours, which is a lot even for a popular group such as Pentatonix.

Their cover of “Dancing On My Own” is one of the first performances that the group has done without Avi Kaplan, and the team now consists of Mitch Grassi, Scott Hoying, Kirstin Maldonado and Kevin Olusola.

Avi wanted to spend more time with his friends and family, as the schedule of Pentatonix is quite busy with appearances, performances, and concerts all over the country.

This song obviously means a lot to the members.


The post Pentatonix’s Moving Rendition of “Dancing On My Own” will make Your Day – Watch Now! appeared first on THE BEST VIDEOS BEFORE THEY GO VIRAL – Damn Bored TV.