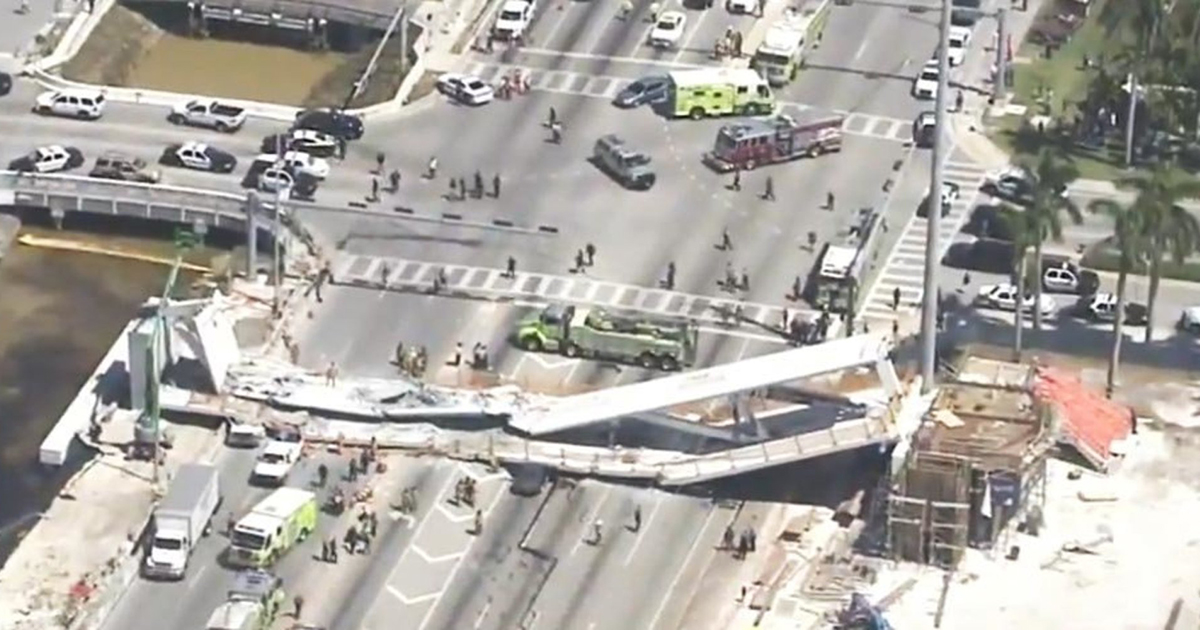 A newly erected pedestrian bridge collapsed across a multi-lane road in Miami on Thursday afternoon, trapping cars and people underneath.

The 950-ton bridge, built to provide a safer crossing for students at Florida International University, collapsed around 1:30 p.m. There are “multiple victims,” Miami Deputy Mayor Maurice Kemp said at a press conference on Thursday. Officials could not confirm the total number of fatalities.

Miami-Dade Fire Rescue said that eight vehicles were trapped under the collapsed bridge and that eight victims had been transported to hospitals. First responders are continuing to search for more victims.


“The next few hours are going to be a rescue mission,” Miami-Dade Police Chief Juan Perez said at the press conference, noting that his department’s homicide bureau would take the lead on the investigation and that the state attorney is “on standby.”

The bridge stretched along FIU’s campus, across Southwest Eighth Street, and had not yet opened to pedestrians. It was only lifted into place on Saturday and was still under construction with completion expected by early 2019, according to the school.