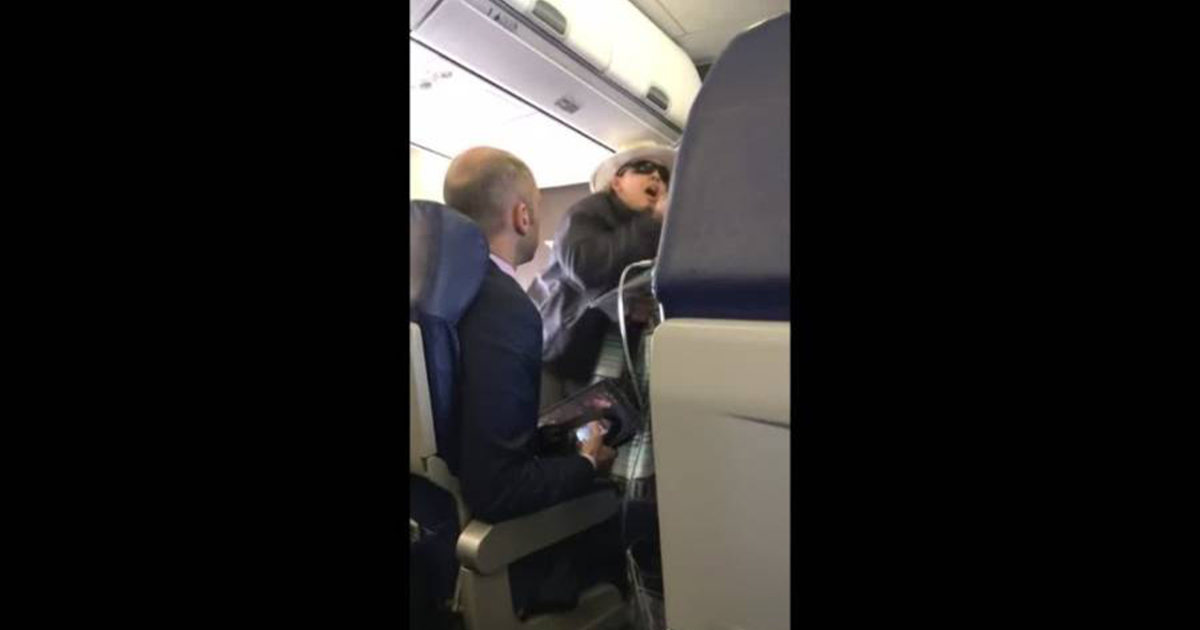 At one point, she pushed a flight attendant, at which point the passengers came together to physically restrain the belligerent woman.

Flying can be stressful for everyone, but this women had an unparalleled breakdown on her flight last week after she was told she could not smoke on the flight.

Valerie Curbelo, 24, was arrested on her flight from Portland to Sacramento last Saturday after she made numerous threats saying she would kill everyone on the flight, reported KOIN 6 News.

Curbelo’s meltdown began when crew members noticed that she had tampered with the smoke detector in the plane’s bathroom and was attempting to smoke a cigarette.

When the plane’s crew noticed, they ordered Curbelo back to her seat, at which point she began getting physical with the crew and yelling that she would, “kill everyone on this plane.”

At one point, she pushed a flight attendant, at which point the passengers came together to physically restrain the belligerent woman.

The passengers held her there for the last 30 minutes of the flight, until they landed and she was arrested by police who were waiting at the gate. She was charged with making criminal threats.


Curbelo, a resident of Sandy, Oregon, is now being held at Sacramento County Jail awaiting trial.

In an interview with CBS Sacramento, Curbelo said that she attempted to smoke a cigarette on the flight because she was anxious, but would not explain what she was anxious about.

A friend of Curbelo’s contacted the media to tell them that she took Curbello to a mental health crisis center just days before the incident.

She said that she has no idea why Curbello was even on a flight to Sacramento.