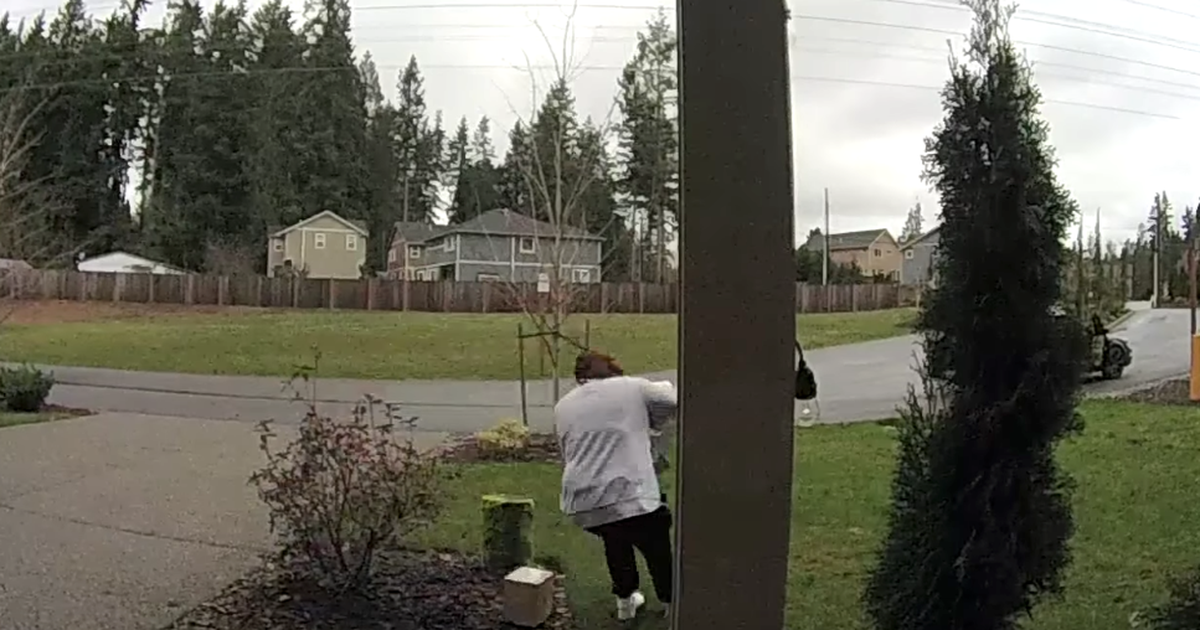 A woman attempting to steal some freshly delivered packages from UPS walked right into some instant karma.

Security footage from a home in Snohomish County, Washington, on Friday shows a UPS delivery person dropping off some packages on the front porch. Just a few short moments later, a car stops in front of the home, and a woman gets out of the passenger side of the vehicle, and approaches the front door.

After scooping up three packages, the woman attempts to run back to the car, but slips on the grass, injuring her ankle in the process. It’s unclear the extent of the woman’s injuries but she’s clearly in pain. The driver of the vehicle eventually comes to the woman’s aid, and returns to snag the packages.

According to local news outlet Q13 Fox, homeowner Lizeth Ababneh says she found the clip comical, but one of the packages contained medication for her husband.


An investigation into the theft has been opened with the Snohomish County Sheriff’s office.

Watch the video below.