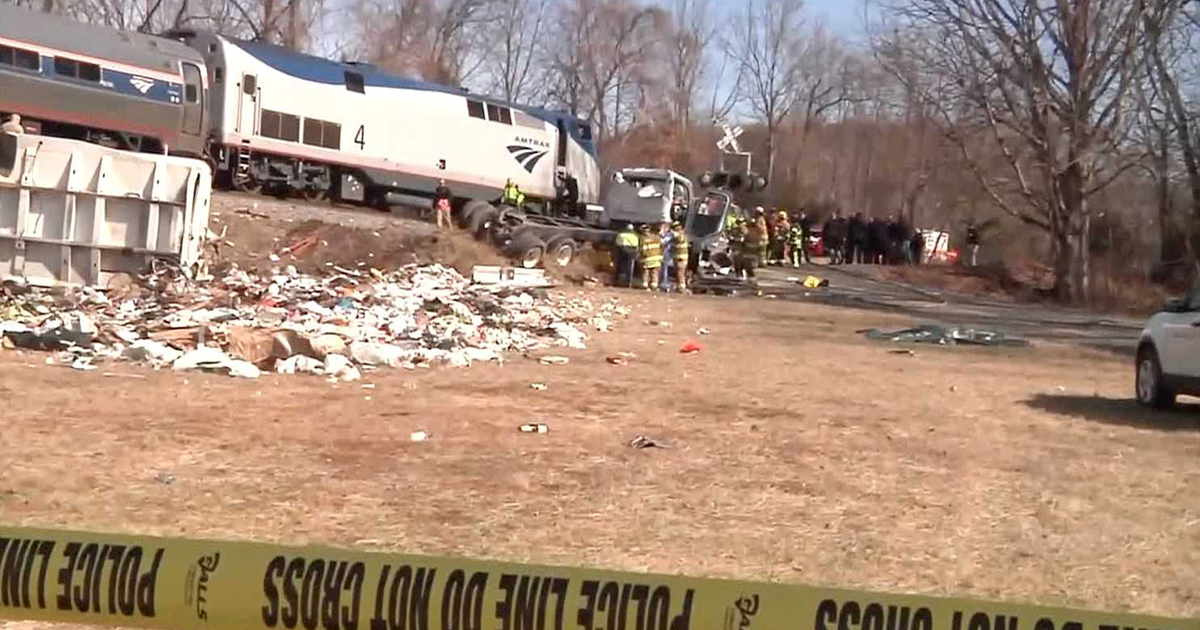 Crozet,Va. — One person was killed when an Amtrak train carrying Republican lawmakers to an annual party conference in West Virginia collided with a truck here Wednesday morning.

The White House confirmed the fatality. One person was seriously injured.

“The President has been fully briefed on the situation in Virginia and is receiving regular updates,” White House Press Secretary Sarah Sanders said. “There are no serious injuries among members of Congress or their staff.”

Sanders said White House officials were in touch with Amtrak, state and local officials. “Our thoughts and prayers are with everyone that has been affected by this incident,” she said.

Amtrak also said no one on the train was seriously injured, though two crew members and two passengers were transported to a hospital with minor injuries, according to a spokeswoman.

The National Transportation Safety Board said it had dispatched a team to the site and would provide updates as they gather additional information about the crash.

The train was carrying members of the House and Senate, some of their spouses and children and aides, although it was not immediately clear which members are onboard.

“We appear to have hit a garbage truck,” said Sen. Mike Lee (R-Utah), who was reached by telephone on board the train.

“It looks like it’s been maybe cut in half. We can see garbage strewn around and we can see the back half of the truck. There was a feeling of an impact and you could feel we had hit something. It took us maybe a quarter mile to stop.”

A resident who lives near the scene said the truck belonged to Time Disposal.

“It’s fresh and we’re trying to get a hold of it,” said a man answering the phone for Time Disposal. He said a team of company officials were headed to the scene.

The rail agency said local law enforcement officials were investigating “and inspecting the equipment for damage.”

“Congressional officials, including the United States Capitol Police, are on the scene and are working closely with partner law enforcement agencies in response to the incident,” the agency said.

Lee said there are a few people “roughed up. Most of us hit a knee or a head on the seat in front of us but nothing too serious on board. I’m not sure about the driver of the truck yet.”

Rep. Thomas Massie (R-Ky.) said the crash was “loud and surprising. Some minor bumps and bruises in this car. We saw debris go by the left side of the train. The part of the truck we can see was decimated. Very relieved when the train came to a stop and still on the tracks.”

“It was a hard impact. It threw everybody up in the air a little. I don’t think anybody on the train is seriously injured, but I may be wrong,” said Sen. Jeff Flake (R-Ariz.)

Rep. Jason Lewis (R-Minn.) was taken to a hospital near the crash site as a precaution due to the impact of the train. A House GOP aide said Lewis was being taken as part of “standard concussion protocol.”

Flake, Sen. Bill Cassidy (R-La.) and Rep. Brad Wenstrup (R-Ohio) joined medical personnel in carrying one of the injured passengers to an ambulance. Flake and Wenstrup did almost the exact same thing last summer in the shooting at a baseball field in Alexandria.

Flake said his wife and 18-year old son are with him, but they are okay, he said.

Crozet is about 110 miles southwest of Washington, and 90 miles east of White Sulphur Springs, where members of congress were headed.

According to a statement from Amtrak, the train struck a vehicle on the track about 11:20 a.m.

Rep. Tom Cole (R-Okla.) said the collision happened without warning, while many members were up and milling around the train. There was no perceptible braking before the crash, he said.

Immediately after the crash, Cole said, many members who are also doctors tried to leave the train to render assistance to the three men who were on the trash truck. Security officials on the train discouraged them from getting off the train, he said, but ultimately several members left the train including GOP Reps. Michael Burgess (Tex.), Brad Wenstrup (Ohio), Phil Roe (Tenn.), and Roger Marshall (Kan.).

“They were very insistent,” Cole said. “Anybody who had any (medical) training was moving quickly.”

House Speaker Paul Ryan (R-Wis.) called the incident a “terrible tragedy.” “We are grateful for the first responders who rushed to the scene and we pray for the victims and their families,” he said in a tweet. “May they all be in our thoughts right now.

Retreat organizers said events would go on as scheduled.

“After consultation with leadership in the U.S. House and U.S. Senate, the retreat will proceed with an adjusted program. Our thoughts and prayers are with those impacted by today’s incident,” said a statement from the Congressional Institute.

The program will now include a moment of prayer for those involved in today’s incident and a security briefing from the Sergeant at Arms and United States Capitol Police.

The train carrying GOP members to our retreat had a collision, but Rebecca and I are both okay. Security and doctors on board are helping secure the scene and treat injuries.

NEWS — The train carrying GOP lawmakers to the retreat in West Virginia has collided with a dump truck. Initial reports indicate everything is OK.

Karen, my staff members, and I are all on the train to the GOP conference and we are all safe.

An image posted by Politico’s Rachael Bade showed serious damage to the truck.