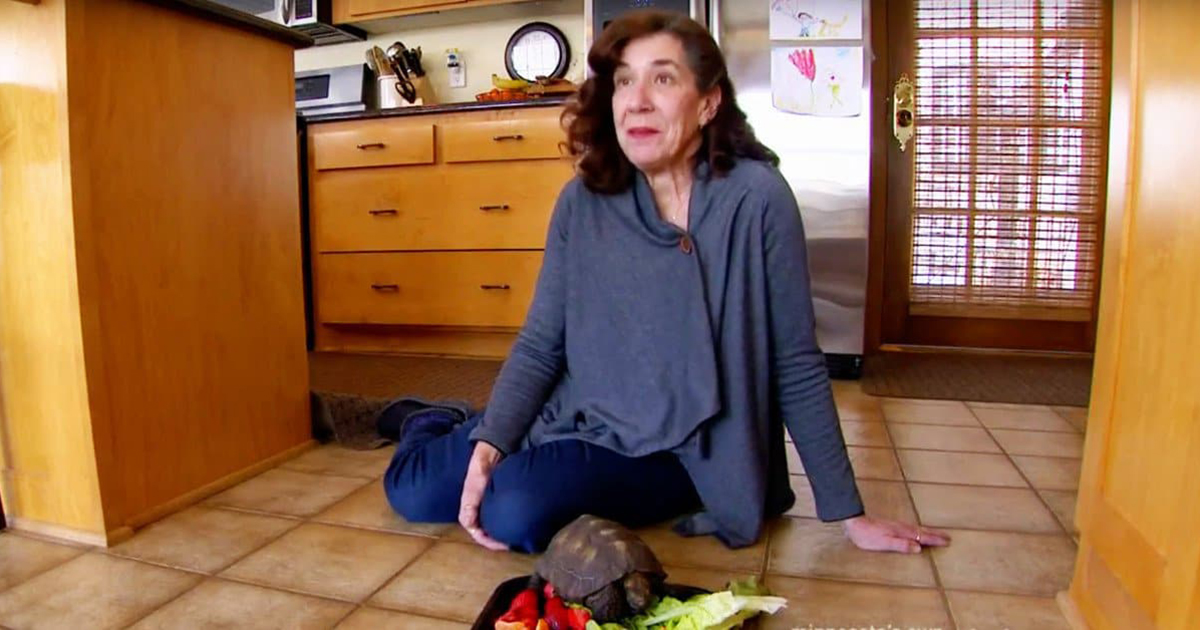 I’m sure most of you still remember your childhood pet. How can you not? They were a huge part of your life growing up and for most people, they were a friend.

It’s hard saying goodbye to them, but they never leave your memories. But there’s someone who’s bond is so strong with her childhood pet… And that’s because they’re still alive.

Jeanna Smith received a very special gift on her 10th birthday. She received a pet tortoise. Sure, that sounds cute, but she received that tortoise back in 1962 and 56 years later, the pair is still going strong and the love is still there.

Jeanna says George the tortoise is her oldest friend, being with her for 56 years. She remembers taking him out in the basket of her bicycle in summer and spending time in the garden.

George joined Jeanna on most of her escapades. When Jeanna went to college, George went with her. The pair were inseparable. Unlike some who receive a pet for birthdays or Christmas, Jeanna didn’t get bored and she treasured her tortoise as though he was another member of the family.

But George hasn’t always been the only pet, Jeanna has had numerous dogs in her life and her husband jokes that the dogs would bark at George and try and intimidate him but George had the last laugh as he outlived them all.


There have even been a few scares, one time the whole family (and most of the neighbourhood) had to search for George as he’d gone missing while the family spent time in the garden one summer. Thankfully they found George and luckily he hasn’t been as troublesome since.

This breed of tortoise can live up to 100 years in domestic life. But Jeanna and the family have a plan that if she dies before George, her daughter and 3 grandchildren will carry on looking after him. It’s in her will.

I don’t know about you but this has to be one of the most spectacular bonds between an owner and her pet. You can truly see how much George means to Jeanna.

Don’t forget to watch the special bond between Jeanna and George in the video below. Also, we love hearing all of your opinions. So please let us know what you thought of the article in the comment section below.