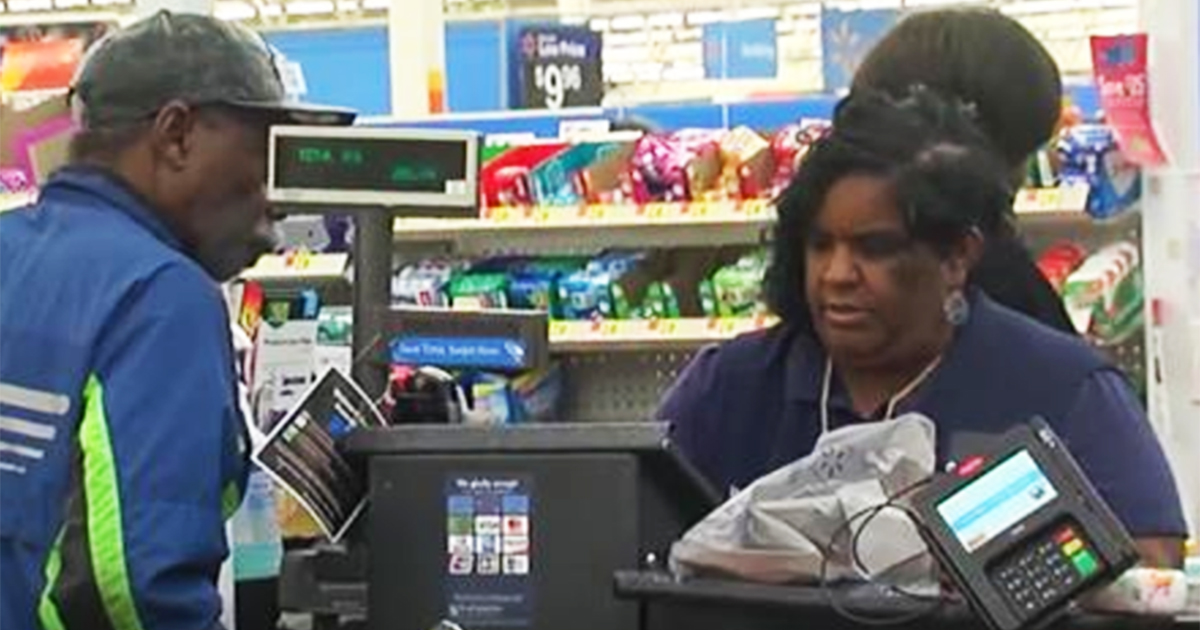 Rarely, if ever, do interactions with a supermarket cashier go beyond simple pleasantries. They’re handy for checking you out and bagging your items, but that’s about it, right? What more can they do besides moving the checkout line forward in a timely fashion?

At least that’s what an older man named Cecil Rodgers of Cincinnati, Ohio, thought. When he showed up at a Walmart looking to transfer some money to a family member, he expected the process to be fast and painless. But once the cashier looked at Cecil’s hand-written check, she spotted an alarming problem—and she knew she’d have to tell the sweet old grandfather that this wasn’t going to be any ordinary transaction…

Interactions with cashiers are a fairly mundane part of life. You exchange hellos, jiggle the credit card scanner, grab your bagged goods, and fin. But recently, thanks to one particularly alert cashier at a Cincinnati Walmart, a senior citizen avoided making a huge mistake.

As a retiree and a grandfather, Cecil’s life could have been distilled down to the things that really mattered—namely, his family. Never was this more true than around the holiday season.


Even when money was tight, Cecil wanted to contribute to his family’s happy holidays any way he could. Then, with just a few days to go before Christmas in 2017, he received a phone call that would cause him to have an unusual interaction with a Walmart cashier—one that he’d likely never forget!