This sounds fake, but really, it is not. Authorities in South Carolina are advising citizens that it is entirely possible that people will see the Lizard Man during the Great American Eclipse, which happens on August 21.

Regarding possible paranormal activity potentially occurring during the #SolarEclipse2017. As always, if you see something, say something. pic.twitter.com/O3IuYhHzqB

The creature is most often described as being around seven-feet tall and covered in scales, with red, glowing eyes.

SCEMD included a map of Lizard Man sightings in the tweet, advising residents of Lee and Sumter counties to “remain ever vigilant.”

The original Lizard Man was first seen in 1988 by Jim Wilson in Bishopville, South Carolina. 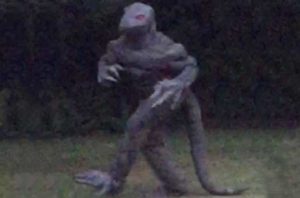 The Great American Eclipse is the first total solar eclipse the United States has seen since 1979. On August 21, the total solar eclipse will be seen from Portland, Oregon, extending down through the heartland and eventually ending up in South Carolina. 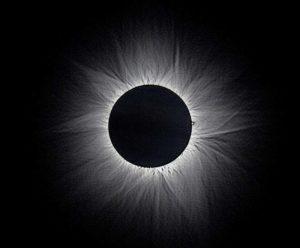 People may even see Bigfoot during the Great American Eclipse, which happens on August 21.

Authorities expect he, too, might join the Lizard Men to come out for the big eclipse. 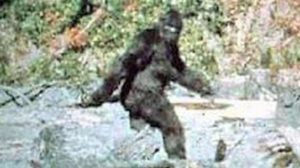 If you live in South Carolina and happen to see any of these creatures take out your camera and snap a pic for us.

It should go without saying, but if you happen to stumble across either Big Foot or Lizard Man, please do not shoot them. First and foremost – it could be a human playing a prank. And secondly, you shouldn’t just go shooting creatures willy nilly.