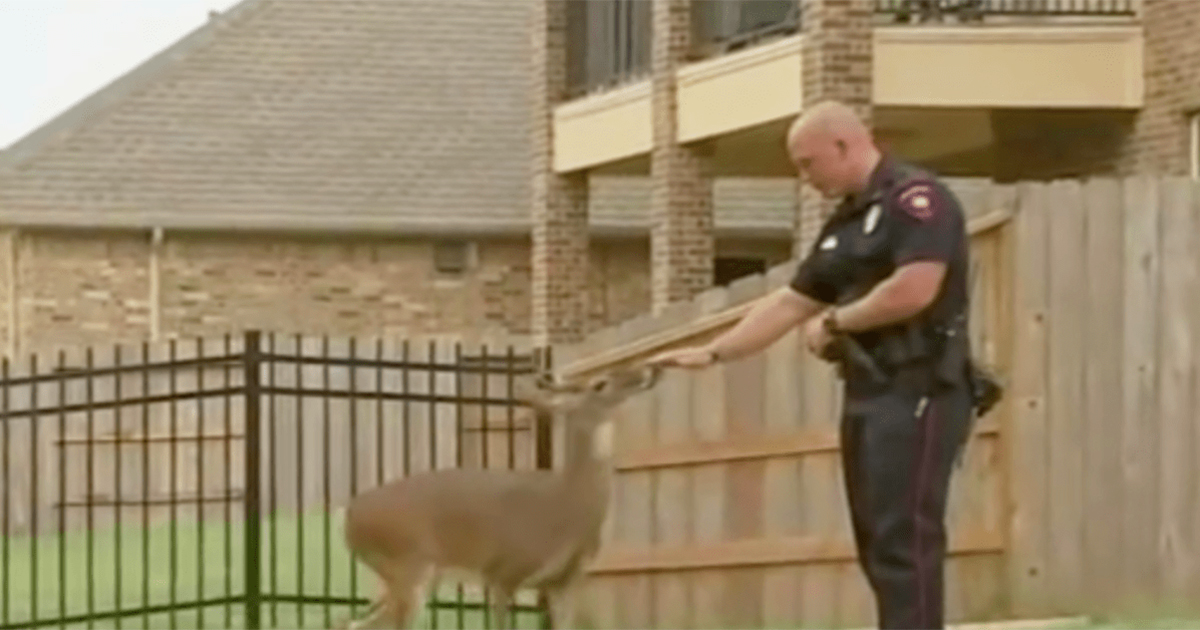 This deer appeared in a local neighborhood close to a woodland area and at first, he was seen as a nuisance, but now they’ve all fallen in love and named him Uncle Buck.

When local residents spotted a deer wandering around someone’s backyard, they noticed that the deer had some debris stuck in his horns. Then they knew they had to notify the police.

The residents called 911 and Officer Kevin Zieschang showed up to try and amend the “horn problem”.

A camera recorded the moment where they freed the Uncle Buck from the debris and then they were ready to let him disappear back into the woods but he didn’t seem to want to leave.

They said the deer wasn’t scared of the policeman and continued to hang around for a while, but that isn’t the exciting part.

A few days later the Officer Kevin was being interviewed by a reporter about the deer and half way through, Uncle Buck made a bold appearance as if by magic. It turns out that the deer remembered the police officer and wanted to say thank you for his efforts.


Uncle Buck has since been moved to an animal sanctuary and is living a happy life.

Let us know what you thought of this adorable footage in the comment section, we love to hear your opinions. And don’t forget to watch the video below and share if you enjoyed.