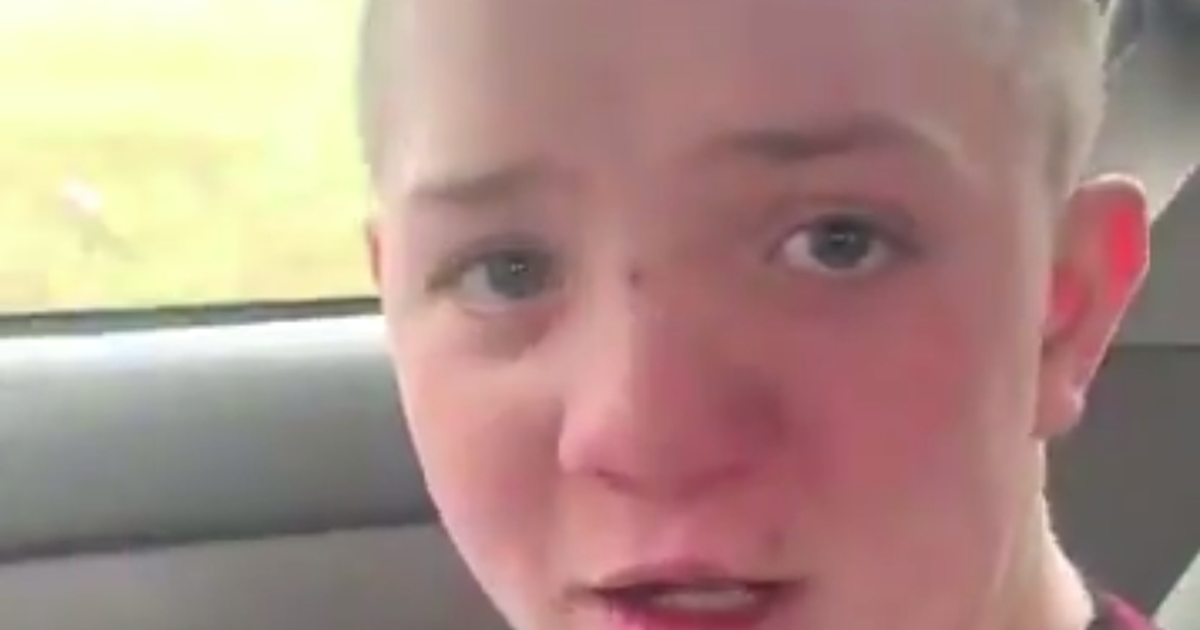 On one of the final weekends of 2017, the video of an 11-year-old bullied kid named Keaton Jones spread like wildfire over the internet. Though a simple message made it go viral, it’s growing and sticky complexity, can’t help but remind us what kind of country we live in.

As it unfolded in a matter of hours, it became clear that Keaton Jones’ story, and the internet’s reaction to it, is completely indicative of 2017 as a whole.

At first glance, the video was a heartbreaking tale of a distressed boy asking why innocent people get bullied. Through tears, he tells his filming mother what his bullies had done to him that day, and that he was singled out and mocked.

This is Keaton Jones, he lives in Knoxville and he has a little something to say about bullying.pic.twitter.com/coyQxFp33V

We don’t know why he was bullied beyond what he said in the video, whose idea it was to film, how long it had been going on, or the reason to share such an emotionally stirring video.

Naturally, the internet took all of it on face value. It kindly saw a struggling boy and wanted to give him all the love and support that it could muster.

All manner of celebrities reached out to Jones and offered advice and more. Hell, Chris Evans and the cast of Avengers: Infinity War even invited the boy to the film’s premiere next year.

But the outpouring of kindness was more than that.

Spreading help in a helpless time

It is impossible to remove the current state of political and social affairs from Jones’ video.

At a time when so many feel fear, agitation, and anxiety over the course of the country and their own lives, it’s only natural to see that reflected in a scared child.

“People that are different don’t need to be criticized about it,” Jones says in the video. That could very easily resonate to those affected by a travel ban, those fearing for their future with the repeal of DACA, transgender soldiers facing President Trump’s directive to remove them from service in the military, and so many more.

We live in a divisive time, with deep splits in culture, politics, and society. Many people feel bullied for being different and probably wanted to comfort Jones out of sheer empathy.

Also, the fact that the story took place in a red state like Tennessee, may or may not have consciously contributed to spreading the story. It is entirely within the realm of possibility that collecting around people like Jones felt unifying to many across party lines; finally, here was one thing that both Mark Ruffalo and Donald Trump Jr. agreed on.

This boy is incredibly brave and the video really got to me. @danawhite, If he takes you up on your offer to see UFC Headquarters, I would be honored to host him and his family at our place if they need somewhere to stay. https://t.co/EWx05o0yI0

Wish that it were so simple.

Like Ken Bone and Chewbacca Mom, this story turned out to be, at the very least, problematic.

It was only a mere hours after Jones’ mother Kimberly posted the video on Facebook that people found issues with her previous posts. In her and her family’s social media, there were at least two pictures found hoisting up the Confederate flag. And there was one inflammatory tweet about how NFL players shouldn’t kneel during the National Anthem.

Unverified rumors also swirled around that Keaton was bullied because he was actually harassing others with racist taunts.

Additionally, a Gofundme was set up by Joseph Lamb, a stranger who says he was moved by the video, to support Keaton and it has since collected over $55,000.

Since these other things have come to light, Lamb has frozen donations and on the page and is weighing options on what to do with it from those who gave. In the latest update, he wrote: “I know things have taken an unexpected turn here with this story but the cause is still the same. This was about Bullying, specifically in this case, Keaton. I’m working on a couple of things but will not move forward without approval from everyone.”

Things got even more complicated when UFC fighter Joe Schilling posted a video Monday, saying he called Kimberly to bring Keaton down to LA and spend time with him, but that the mother only wanted him to donate to the Gofundme page.

Of course, these accusations were denied. Kimberly and Keaton went on CBS’ This Morning to talk about the difficulties of a video going so popular and the allegations pitted against them.

Kimberly swore that she was the one who had been bullied all of her life for not being racist, while Keaton contended that he had hoped his message could change the world just a bit.

Was any of this OK?

Another, and notable, wrinkle in the entire story is the question of whether Kimberly should have filmed and posted the video of Keaton at all. As one opinion simply put it: Why was a mother filming her child crying at all?

The questions of how to protect, promote, and support children in this hyper social age are legion. But many people question attempts like this to spark a viral moment with a child’s private experience. In the CBS interview above, Keaton says the video was his idea, though you can easily question how much an 11-year-old child understands about the possible ramifications. Such public exposure could open him up to further, worse bullying and an even more isolated sense of self.

While none of these issues are objective, they all continue to give the case of Keaton Jones yet another layer of complexity.

What is this place?

Keaton Jones’ story should have stayed his. Instead, we have turned it into our own.

Because of the way we have shaped the internet, and the way 2017 has shaped us, it has become all too common for us to desire so much out of relatable situations and then get devastated when imperfect people disappoint us.

Keaton Jones’ story should have stayed his.

Though the world hasn’t ended with the Trump presidency, in 2017 more Americans than ever are suffering from stress, depression, and anxiety. We were reflected in Keaton’s tears and squeezed him like we were Lenny in Steinbeck’s Of Mice and Men. However, we also don’t trust anything, so we went looking for the dark side of the story. Then, with shutting down Gofundme pages and deleting supportive Instagrams, we ostracized the boy who first won our hearts for being ostracized.

There is nothing more 2017 than that.