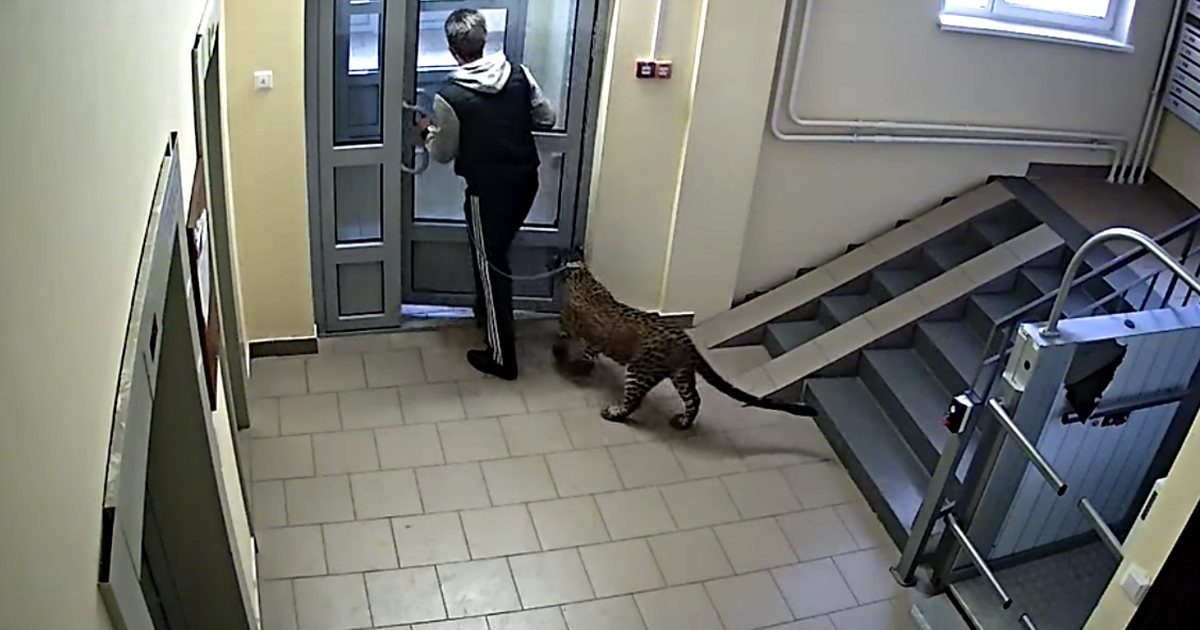 Walking a cat on a leash will get you some looks. Walking a leopard will probably prompt a phone call to the police.Neighbors are reportedly upset after a man, referred to only as Aleksandr, was spotted walking his pet leopard outside his apartment building in Nizhny Novgorod — a city located in Russia, of course. Directly outside the building is a playground, which the man apparently takes no effort in avoiding.

The leopard was spotted on security footage walking with the man outside his apartment, and actually seemed pretty tame.

According to local outlet Kstati News, the man sees no issue with his unusual pet. He has reportedly raised the cat since it was young, and claims it is “completely tame,” via a translated quote from the state-run English site RT.


Neighbors say they are collectively filing a police report, and local veterinarian authority claims it has not approved any permits for the big cat.