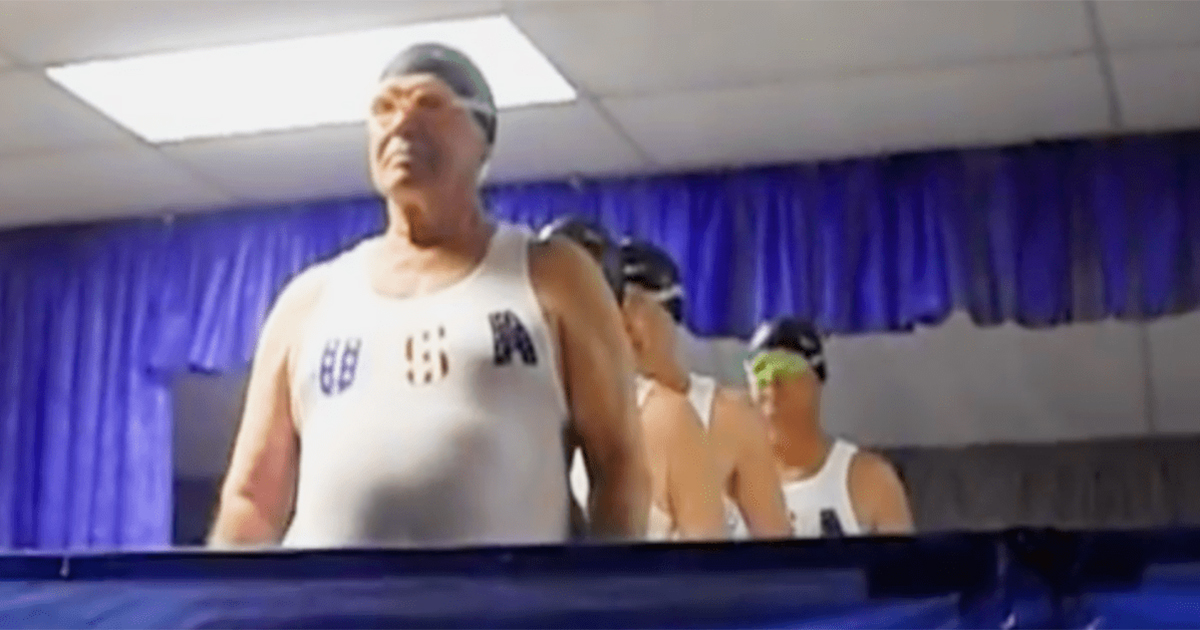 When you think of synchronized swimming, I’m sure the strong majority of you will picture athletic young women in bedazzled bathing suits high kicking with poise and grace… Think again, because this video will completely shatter the stereotype you’ve all become accustomed to.

A group of elderly gentlemen decided to quash the visual norm of synchronized swimming with a hilarious performance of their own at their retirement home.

The video starts with the retired men strutting proudly to the front of the audience before walking up the stairs to the stage in their bathing suits, swimming caps and goggles.

As soon as the music starts and their performance begins, the whole room is howling with laughter and it doesn’t stop until the performance is over with a huge round of applause to follow their excellent show.

Side fact; synchronized swimming isn’t historically a male sport. But in fact, the history of the sport actually comes from an unlikely source. The website iSport explains:

It seems ironic that a sport that doesn’t have a men’s category may have been invented by one of the founding fathers of the United States. Benjamin Franklin grew up in Boston, Massachusetts, and spent much of his time swimming in the Atlantic Ocean and experimenting with exercise and its health benefits.

In fact, it appears that while on a trip to London in 1724, Franklin performed manoeuvres in the River Thames that he called “ornamental swimming” for the entertainment of the onlookers. Perhaps these old guys wanted to bring back the heritage of the sport.

But enough of the history lesson, we’re not surprised that their hilarious routine has gone viral online, their commitment to the joke and the costume is stellar and it definitely paid off with the crowd who were laughing and cheering all the way through.

These guys may be old, but they have certainly proven that life doesn’t end when you retire and you’re only as young as you feel.

Let us know what you thought of these merry men in the comment section as we love hearing your opinions. And don’t forget to watch the video below and share if you enjoyed the story.