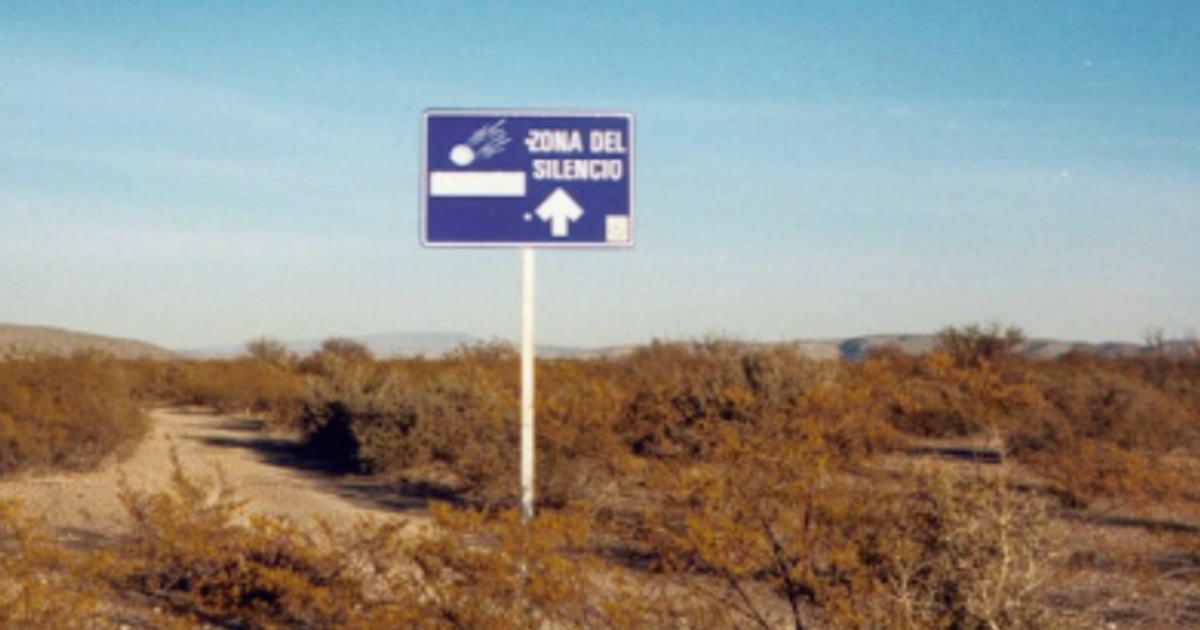 In many ways, we’ve grown accustomed to science finding suitable explanations for all of the bizarre natural phenomena in the universe. If there’s something almost too unreal to be believed, there’s typically a logical answer as to what caused it.

But sometimes things happen that aren’t as easily explained. Take the mysterious “Zone of Silence,” for example. It’s located in the Mapimí Biosphere Reserve of the Chihuahuan desert of northern Mexico, and for years, this inexplicable dead zone has caused electronics to fail and rockets to crash.

Most significantly, though, is that scientists have no idea how to explain it…

There’s no denying that our natural world is filled with mysterious people, places, and things. In the Mapimí Biosphere Reserve of the Chihuahuan desert of northern Mexico sits something that might be the most mysterious of all.

This 31-mile stretch of land, dubbed the “Zone of Silence,” causes radio signals to crash and compasses to spin like crazy. Nearby residents have long obsessed over what’s caused such strange phenomena to occur. Rumors of celestial activity and even extraterrestrial and UFO sightings have long been popular.

During the 20th century, several large meteorites landed in the area. In one instance, the same ranch was even struck twice on separate occasions—the first in 1938 and the second in 1954. To this day, science hasn’t been able to fully explain the goings-on of this area…


The Zone of Silence was first named in 1966 when oil company Pemex first explored the area. Augusto Harry de la Peña, who led this expedition, became increasingly frustrated when he failed to achieve a proper radio signal.

Then, on July 11, 1970, the zone first made headline when the U.S. Air Force launched a rocket from Green River, Utah. While it was expected to return to Earth in the White Sands of Mexico, it instead went way off course and ended up crashing—right in the center of the Zone of Silence.