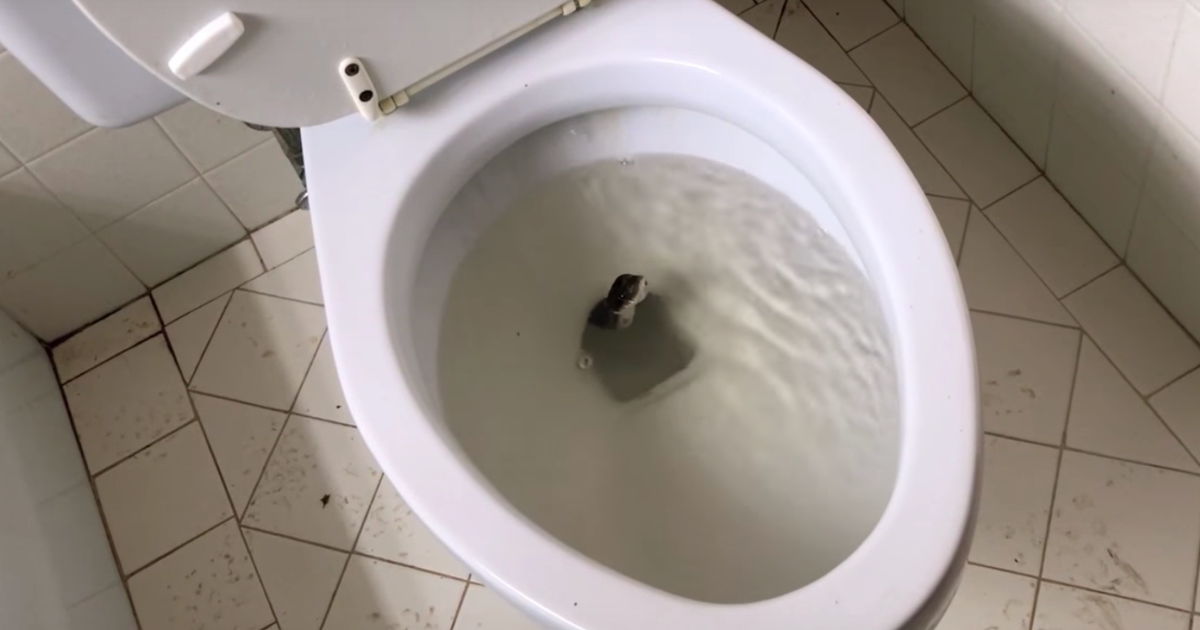 Just another day on the ranch.

William Tedrick of Texas made a startling discovery at his ranch recently, which had been laying dormant for several years. During a little bit of cleaning, someone realized that the ranch house had a squatter on the premises: a five-foot snake.

Thankfully, the intruder was identified before it bit someone’s naked butt or worse.

After spotting the snake in the toilet, the ranchers were eventually able to capture it safely, and returned it to the wilds of Texas, far away from the warmth and safety of the ranch.

The snake was not poisonous, but Tedrick noted, “they will bite the shit out of you.”