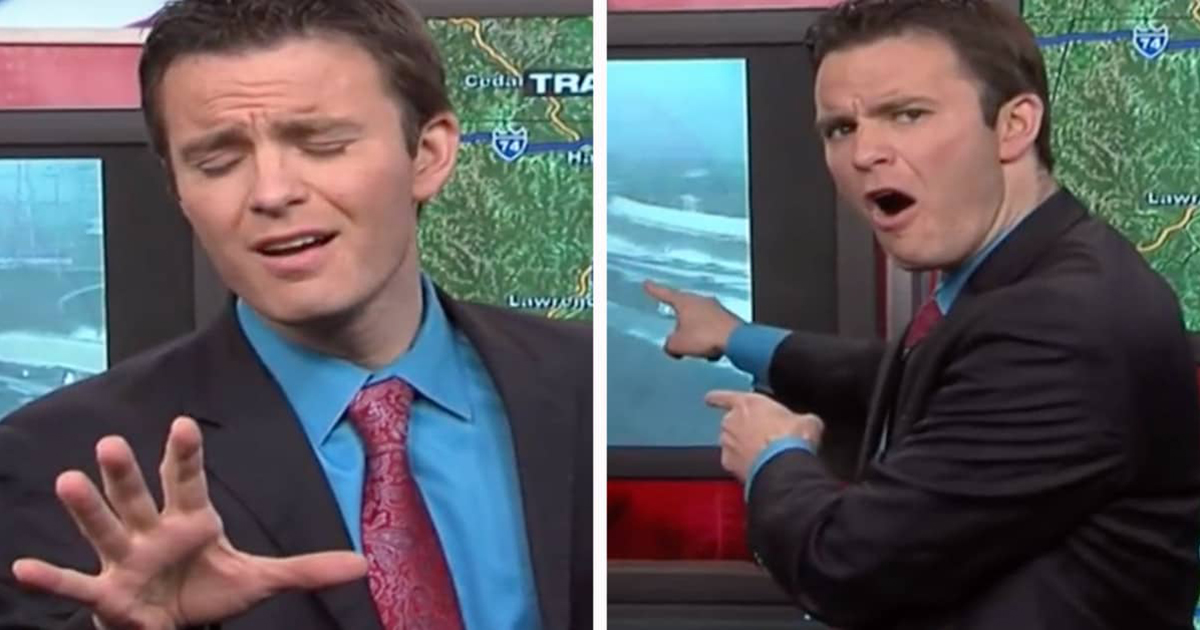 After the success of Disney’s film, ‘Frozen’, I don’t think there was a person on the planet who didn’t know the song ‘Let it go’. Countless covers of the song have been done, but this traffic reporter decided to do his own original version and it has gone viral.

In winter, weather can be treacherous and driving conditions just plain unsafe. Regardless, people make their best attempts to go about their normal commutes and end up stuck in snow, crashing their cars and becoming stranded. So this traffic reporter came up with an idea to get his point across to the public, with a little help from the Ice Queen herself, Elsa.

Changing the lyrics of the popular tune ‘Let it go’, Bob Herzog embarked upon a dramatic performance in the news studio that left viewers laughing all over America. Herzog’s self penned ‘Just don’t go’ comedically warns viewers of the dangers of travelling in snow and gives them advice on what to do.

The traffic reporter’s parody is hilarious and even though he doesn’t have a voice that will win ‘American Idol’ any time soon, he performs the song with great spirit. The news reporters in the studio certainly enjoyed it as they fell apart laughing at the end of his song and over 2.5 million people have enjoyed the video on Youtube.

Check out Bob Herzog’s parody below and be prepared to be humming it for the rest of the day. We love to hear your thoughts on our articles so please leave your opinions in the comments below.