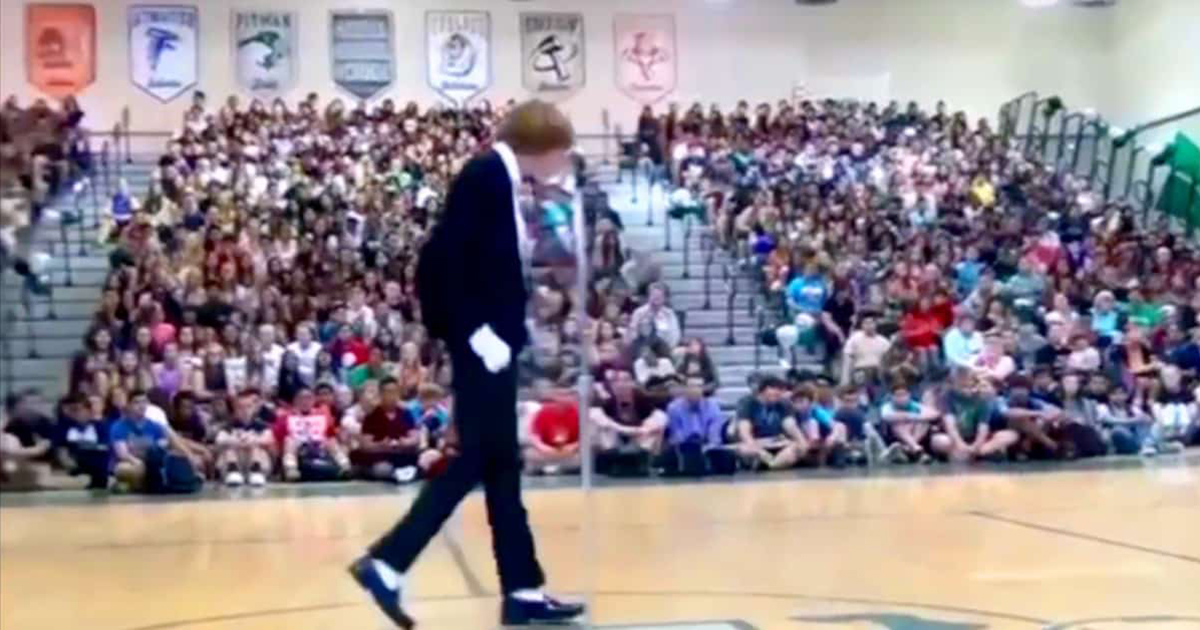 Most of us have nightmares about standing up in front of an audience and performing, but for this teenager it is no issue whatsoever!

Brett Nichols came out of his shell to wow his classmates at Pitman High School in California with his impressive dance routine for a school talent show. It’s unsurprising to find out that he went on to win the competition.

Brett channeled his inner Michael Jackson and performed a slick rendition of the song ‘Billie Jean’ to a packed sports hall and his smooth moves were spot on. Moon walking, hip thrusting and spinning his way through the number, Brett sent the crowd wild.

The fantastic routine went on to win Brett a number of admiring fans, not just at Pitman High School, but all over the world. The teenager has, since, gone on to make appearances on NBC, CNN and ‘The View’ on ABC News. He also puts his talents to use in travelling Michael Jackson cover bands – a perfect job for this talented teen!

Check out the video for yourself and see how great this teenager’s moves are. Some people may not be the most confident in every day life, but put them on a stage and they shine.


If you thought Brett’s routine was as awesome as we did then please leave your thoughts in the comments below.