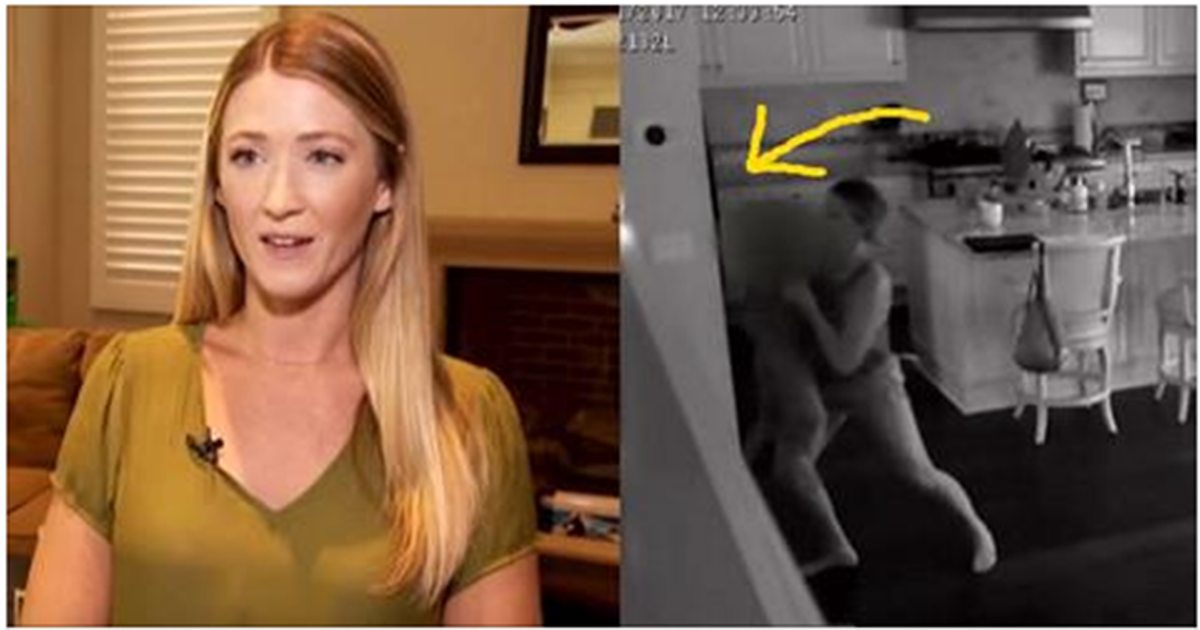 It was a sunny afternoon in California when nanny Jenna Lee Baker came face-to-face with a situation nothing could have prepared her for. Busy running errands with the three-year-old she takes care of, she had no idea that within minutes she would become the next victim of a home invasion.

They had only been away from the house for a few moments, but when Jenna and the little boy returned, she knew instantly that something was not right. Things were out of place and she had a sneaking suspicion they weren’t alone in the house.

By that time, the boy had already wandered into the kitchen, forcing Jenna to act on instinct. Suddenly, Jenna heard footsteps coming down the staircase and she jumped into action without a moment’s hesitation.

Her snap decision resulted in a heroic act and it was all caught on the home security system. Jenna recounts the horrifying moment she experienced while she ran frantically to get the little boy and remove him from the house.

As she ran out the front door, she telephoned the police and ran to a neighbor’s house for safety. Without knowing what threats a burglar could possibly pose to her and the little boy, she did exactly the right thing.

The little boy’s father, Jonathan Lai, highlights the shocking turn of events that he saw on their home security camera. He was filled with gratitude for Jenna’s quick thinking and selflessness that saved her and his son.

The footage captured on the camera revealed what the burglar was up to the whole time before Jenna entered the house. Though this nanny experienced danger herself and had contents of her purse stolen, she showed an impressive level of self-sacrifice that saved both of their lives.

Watch the intriguing footage from the burglary in the clip below!