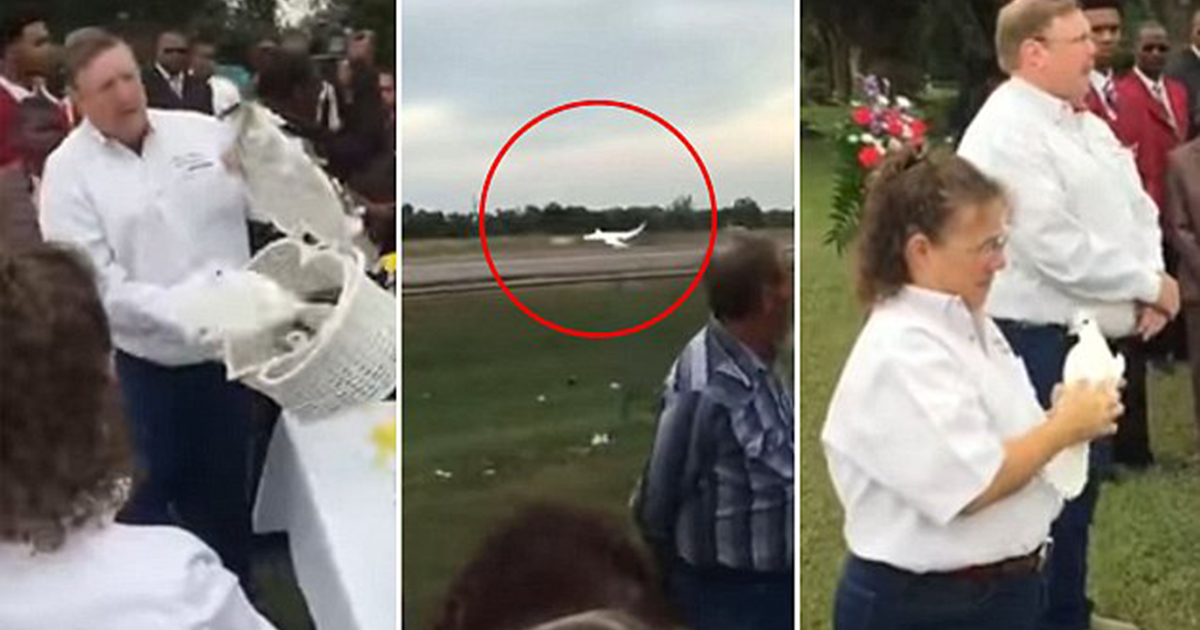 Not again. Someone released white doves at a funeral and the bird was hit by a truck passing by the burial site.

A dove that was released at a funeral to symbolize rebirth met an unfortunate end when it flew directly into an oncoming truck.

A group of mourners gathered around the dove and its trainers as they held the birds, which are commonly used at ceremonies for their religious connotations.

When the three white doves representing the Holy Trinity were released, one sped off towards the roadway to its death, much to the horror of onlooking funeral-goers.