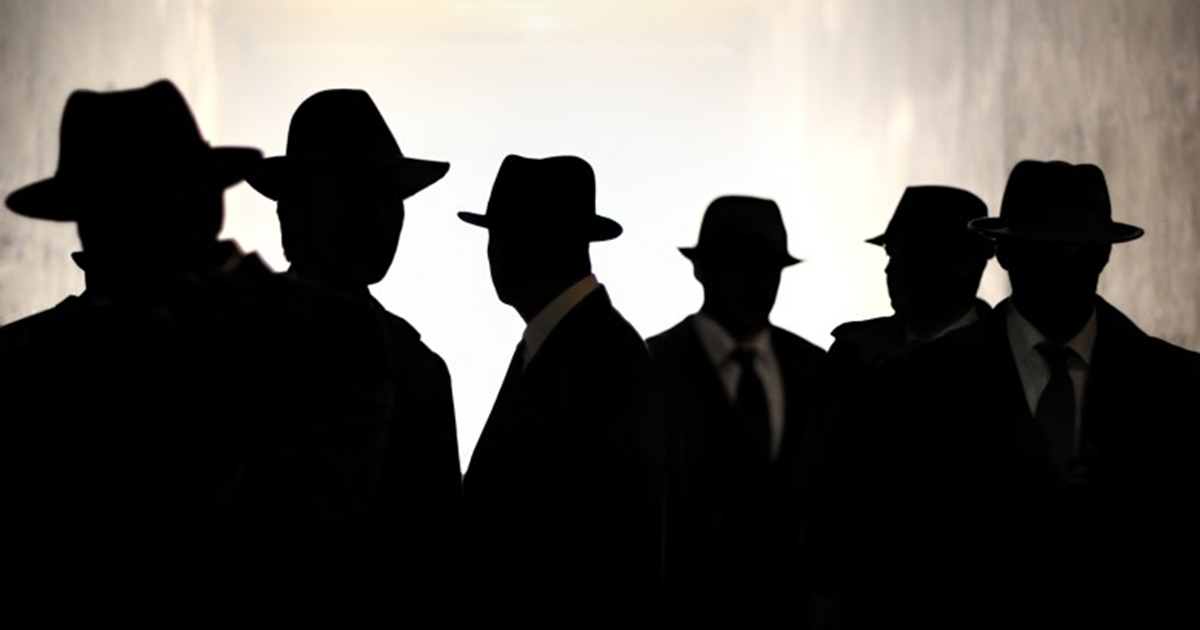 There’s something awesome about the idea of being in a secret society. It’s a sense of belonging, community, sharing in something special, and being able to put a sign on the door that keeps out the grown-ups. Everyone would rather be on the “us” side rather than the “them” side, and some people took it to extremes.

#1 The Great Enlightened Society of Oculists

In 2012, Wired reported on an academic treasure hunt that sent a linguistics expert, a computer translation programmer, and plenty of historians on a strange journey through a cryptic text. After a heck of a lot of work, they began to translate a document that had remained a mystery for over two centuries. They were shocked when they found it contained the secrets of an 18th-century society called the Great Enlightened Society of Oculists.

We knew the group was made of eye surgeons who fancied themselves healers and keepers of all the medical knowledge about the eye and sight. We knew they did things like perform cataract surgeries. But we had no idea what went on behind the scenes. The decoded manuscript included details like an initiation, where a new member was taught to “see” after having eyebrow hairs plucked out. When more documents were translated, they found the Oculists may have had another mission — to keep an eye on the Freemasons.

Oculist documents included top secret rituals of Freemasonry, up to the highest degrees. That’s all pretty common knowledge now, but it wasn’t at the time, and it was clear they’d done some serious espionage. They may have been spies, or perhaps a splinter group of Freemasonry created to keep their core rituals safe if the Catholic Church decided to get as stabby with them as they had with the Templars. No one really knows.

#2 The Order of Chaeronea

On May 25, 1895, Oscar Wilde was escorted to a London jail after his conviction for sodomy. There were a lot of messed up things happening in the Victorian era, but the popular stance on homosexuality wasn’t just messed up, it was downright dangerous. Hence, the secrecy. Wilde had met writer and poet George Cecil Ives a few years before, but it wasn’t until 1897 Ives was inspired to found the Order of Chaeronea. Ives was vocal about ending the hate and oppression of the gay community, but at the same time the society was a closely guarded secret.

According to the Harvey Ransom Center at the University of Texas at Austin (which is home to many of his papers), the society was named after the ancient battle of Chaeronea. It happened in 338 B.C., and it was notable for the wholesale slaughter of the Sacred Band of Thebes, a group of warriors made strictly of couples who were close friends or lovers. Ives’ society was protected by layers of passwords, codes, seals, and rituals but still grew to include chapters all over the world.

The society started with a group of Oxford writers, and while we don’t know much of what went on, we do know (via Killing The Rainbow: Violence Against LGBT) they were responsible for translating a lot of the ancient Greek works, raising the profile of homoeroticism in the ancient world, and starting of gay rights’ movements.

There are a few locations still associated with the Hellfire Club, like West Wycombe Park, the George and Vulture pub in London, and Montpelier Hill outside Dublin. We know they were the meeting places of a group called the Hellfire Club, but thanks to notoriously tight-lipped members, there’s as much folklore about the group as there is actual history.

English clubs were restrained but elite, and chapters were founded by Philip Wharton (later made a duke), and Francis Dashwood. According to The Daily Beast, their craziness involved a lot of drinking (mostly claret and port) and drugs (mostly laudanum and opium). There was plenty of sleeping around, card-playing, and backgammon, but if you wanted serious hellfire, you needed to go to Ireland.

Most of the rumors are pretty dark, and they were accused of practicing Satanism, holding demonic orgies, and according to the Irish Times, they were even said to invite the devil himself to their regular card games. Founded in the mid-18th century, the chapter met mostly at Cork Hill’s Eagle tavern, and the aristocratic members got up to the usual shenanigans like getting too friendly with daughters. Some antics were less friendly. One club member, Henry, the fourth Baron of Barry of Santry, forced a bedridden servant to down a bottle of brandy then set him on fire. He was burned alive, and Henry bought the silence of those who knew. The rich have always had different ways to solve problems.

It’s not clear why the group called themselves the Molly Maguires, but Lehigh University suggests the name might refer to a real Irish woman who rebelled against her Protestant English overlords by refusing to be kicked out of her cottage. These Mollies were a society of Irish immigrants who settled in the Pennsylvania area and took a stand against unfair labor practices and discrimination in the most extreme way possible.

At a time when “No Irish Need Apply” signs were the norm, immigrants found work wherever they could, often in the coal mines. The Irish Story says they faced all kinds of injustices, like long hours and bad pay that was lowered as much as 20 percent with the renewing of contracts. When unions didn’t work, the Mollies assembled.

They were extremely well-organized, broken up into small groups that ran in different areas. Groups would meet to discuss who they needed to strong-arm, what mines needed disruption, and who needed a beating or a killing. If complaints were worthy of action, an outside cell would be contacted to county-hop, carry out the hit, and go home. It was a brilliant way to keep local members from being identified, and favors would be returned. The Mollies were ultimately infiltrated by the Pinkertons, who sent in an Irishman named James McParlan. It took him almost four years of undercover work to break the Mollies open, and his information ended 20 years of terror with a 20-man hanging.

#5 The Sons of Lee Marvin

Director Jim Jarmusch told Uncut that the super-exclusive Sons of Lee Marvin group really does exist, but beyond that, he’s not saying much. Neither are the members, reported to include Iggy Pop and Tom Waits.

So, what’s the deal? Jarmusch says he had the idea for a movie about a reclusive, alcoholic, cranky guy living in middle of nowhere. The character would be played by Lee Marvin, and the story would focus on how his sons dealt with him. The movie never happened, but he says the organization definitely did. Dangerous Minds reports the society is open to men who look like they could pass for Lee Marvin’s son, but guess who’s not a member?

Jarmusch says Tom Waits was in a California bar when he was told someone wanted to speak with him. He went over, and the guy asked about the Sons of Lee Marvin. “Tom said, ‘What’s it to you?” The response? “Well, I’m Lee Marvin’s son.” He should probably get a membership card.

In rural Scotland, those who had a natural skill with horses were held in such high regard they were almost magical, and the Horseman’s Word was a secret society open to only the best of the best. It was formed some time in the mid-17th century, and according to writer and historian Ashley Cowie, members were reportedly the keepers of a sacred word, given to them by the Devil, that gave them power over horses and women, because of course it did.

There was a practical side to the group, as they acted both as a trade union and a repository of knowledge that would help ensure those who worked with the world’s valuable horses actually knew what they were doing. Part of their very real success was possibly the preparation of lotions, salves, and scents that would make horses — and perhaps women — more docile and willing.

Punishment for revealing secrets was in the oath, and involved being drawn and quartered while having your heart ripped out by two horses, which is some serious incentive to keep quiet. We do know members participated in a series of rituals similar to those in Freemasonry, with ale-drinking, shaking hands with the “devil,” and knowledge of the secret words. They’re not so secret anymore, though: “Both As One.” They also promised to treat all horses kindly, which we can all get behind.