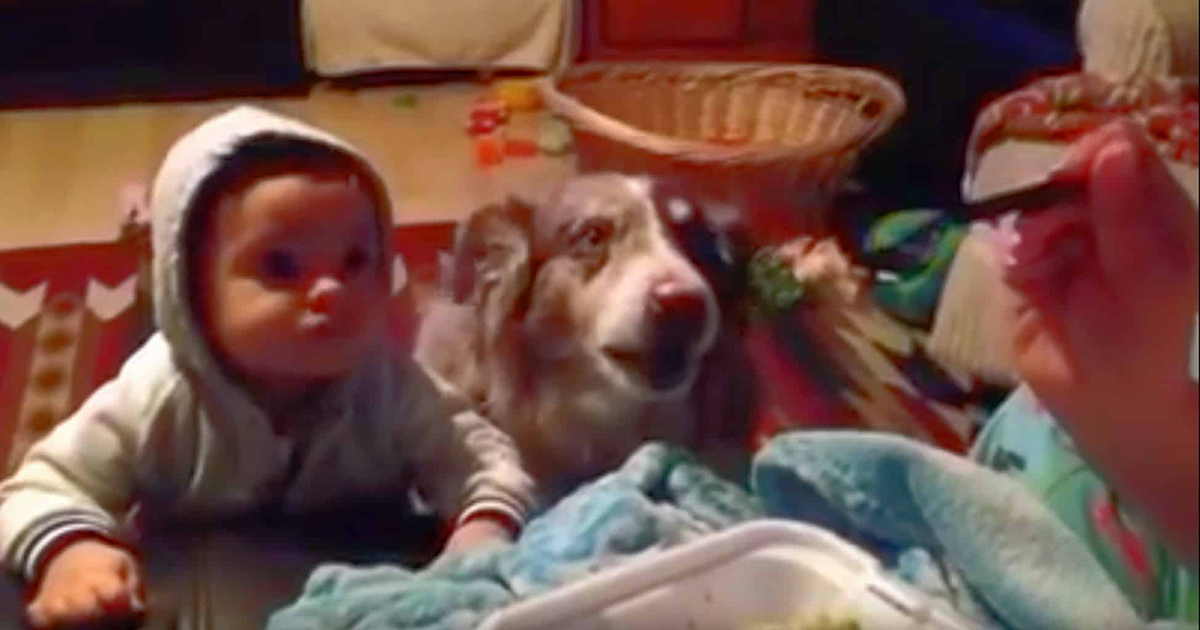 When you have a baby, you want their first word to either be ‘mama’ or ‘dada’. After all, it is a clear indicator of who they love the most, so you want to know who’s winning the competition. This mom took to bribery to get her child to say ‘mama’, but she didn’t expect it to turn out to be someone else’s first word instead.

Andrea Diaz-Giovanini from Utah wanted her 9-month-old son, Sam, to say the word “mama”, so she decided to try some positive reinforcement. Holding a fork full of food in front of the baby, she repeats the word to him in the hopes of getting a response.

But instead, someone else pipes up. The family dog, Patch, doesn’t take his eyes off mom or the food and gets very excited at the prospect of having a bite.

Gradually working himself up, you can see the pooch trying his best to form his words. Knowing that the word “mama” is the aim of the game and the food is the prize, he works himself up and eventually the words he longs for come out… MAMA!

Everybody in the room falls about laughing as the clever dog clearly makes the sounds of “mama”. Seeing that he was beaten to the punch by a dog, and not happy that his thunder has been stolen, the baby Sam pushes away the pup in a hilarious act of jealousy. The whole scene is just brilliant!


It turns out that Patch is a trained miniature Shepard dog and he is a part of their family for a very special reason. The loyal pup helped in the recovery of their grandmother, after she suffered a brain injury in a car accident. The talented dog alerts the family if he senses that grandma is about to have a seizure.

So the smart pooch is not only great at picking up different languages, but he also is a master protector. What an amazing dog!

Watch the video for yourself to see the hilarious scene play out. Leave your thoughts in the comments below and be sure to share the laughter with your friends.