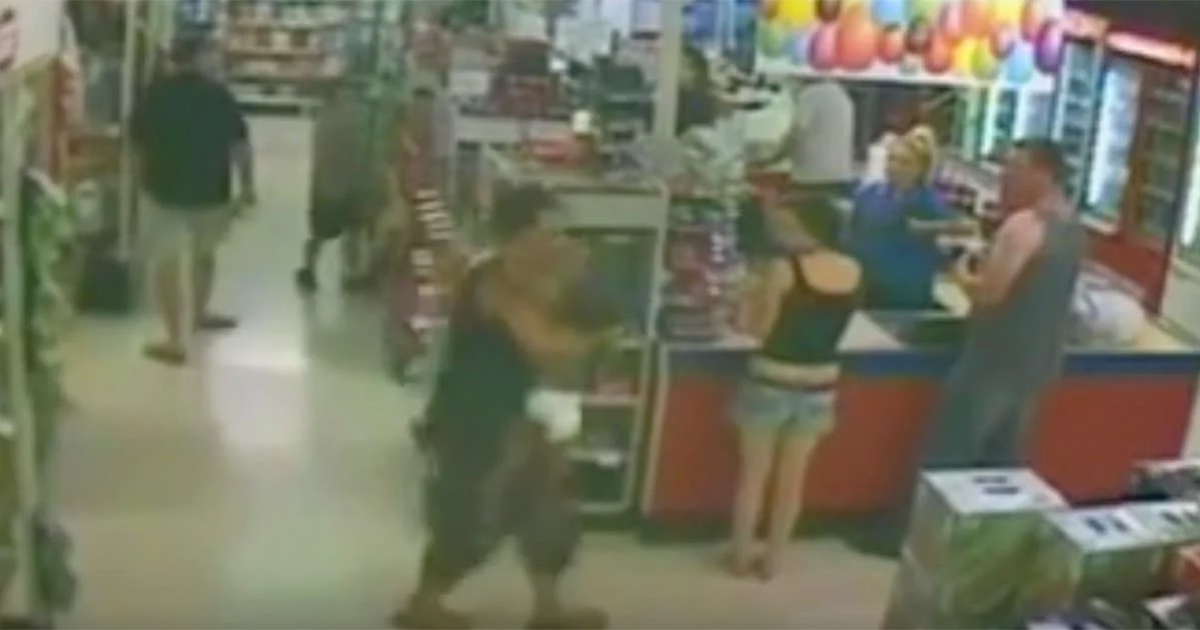 When a desperate mom rushed into a supermarket in Australia clutching her unconscious child, panic spread throughout the store. But when she handed her daughter to two strangers and ran back out of the store, the fate of the lifeless child lay in their hands.

Could you imagine the confusion and panic you would feel if a stranger left their unconscious child with you? You wouldn’t know what had happened to leave the child in such a state and therefore you wouldn’t know what would be best to do for the child. With a race against time, a decision would have to be made.

The shocked customers that had been left with the unconscious toddler tried desperately to wake her up to no avail. As an employee called for an ambulance, a crowd began to form as people looked on and witnessed the horror, helplessly.

Suddenly the little girl’s father came rushing into the store, having heard about the condition of his daughter from his wife. Mom was so devastated that she had gone to stand outside of the store so that she didn’t break down and potentially watch her child die.

The father and the bewildered customers assumed that the little girl must be choking so they attempted the Heimlich manoeuvre, but it made no difference to the child’s condition. As time ticked by, the chances of the child being resuscitated got slimmer and dad started to fear the worst. But one of the strangers refused to give up.

Laying the girl down on the counter, Rowan O’Neill, a complete stranger, started to give her mouth to mouth as everybody anxiously watched in hope. 90 seconds later, his efforts paid off as the little girl’s eyes fluttered open.

The relief in the room is clear to see as the father embraces Rowan with immense gratitude.


Like I said to a few other people, I was just there… It just had to be dealt with.

It eventually was realised that the toddler had passed out due to an intensely high fever and she spent the night in hospital. Miraculously, the family were safely back home the next day, all thanks to Rowan O’Neill’s refusal to give up on the child. What a hero!

Watch the pandemonium unfold for yourself and witness O’Neill’s amazing act in the midst of chaos. If you were as impressed by his cool head under intense pressure, please leave your thoughts in the comments below.

A desperate mom rushes into a supermarket carrying her lifeles…