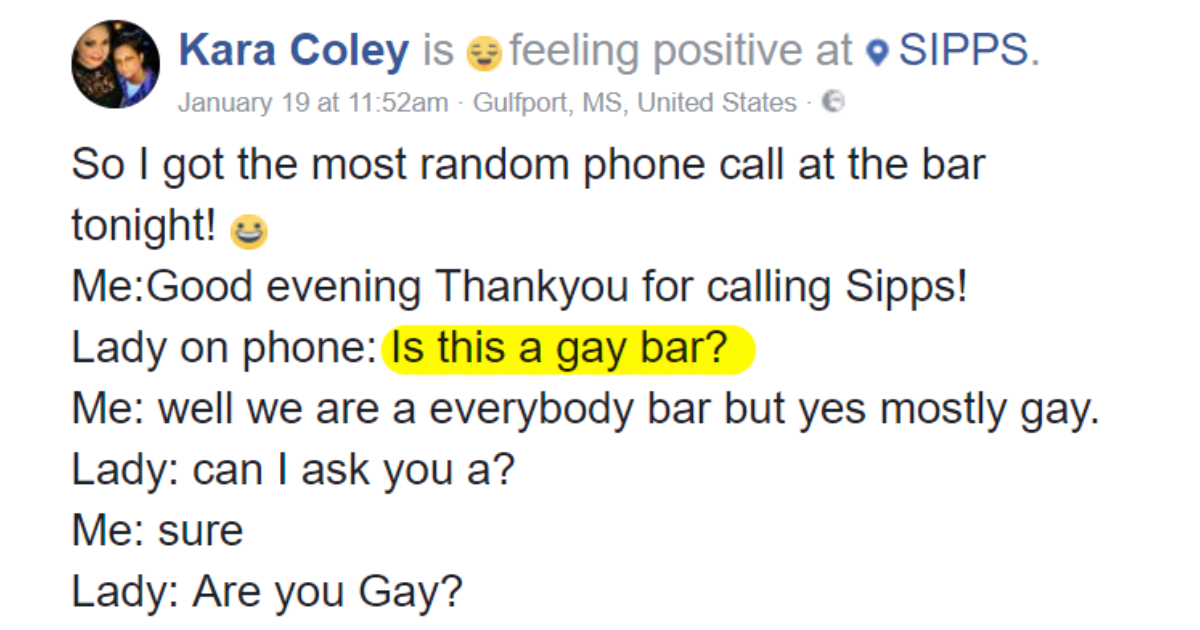 It’s no surprise that bartenders, in addition to serving drinks, often get to be a sort of therapists to their clients. Listening to people’s troubles and giving advice wasn’t an uncommon experience for Kara Coley from Gulfport, Mississippi, who’s been tending bars for 17 years now. However, this conversation was a first for her.

Recently Sipps, a gay-friendly bar where Coley is currently working, received a phone call from a worried mother, whose son just came out to her. Coley, who picked up the phone, didn’t expect the exchange that followed. “It’s definitely a different approach,” she described the mother’s unusual method of looking for advice that, at first, the bartender mistook for a prank. “Most people would just do some research on the internet or talk to the one gay they know (we all have one).”

Scroll down to read the exchange and the reactions to it that Coley got after sharing it on Facebook.


After 17 years of bartending experience, Kara Coley thought she has seen it all

Until she received a phone call from one concerned mother

“I have had a few people that I grew up with ask advice when they found out their child or child’s friend was gay, but never as random as this phone call”

“You loved your kid yesterday, so it’s simple – love them tomorrow. Still the same person”