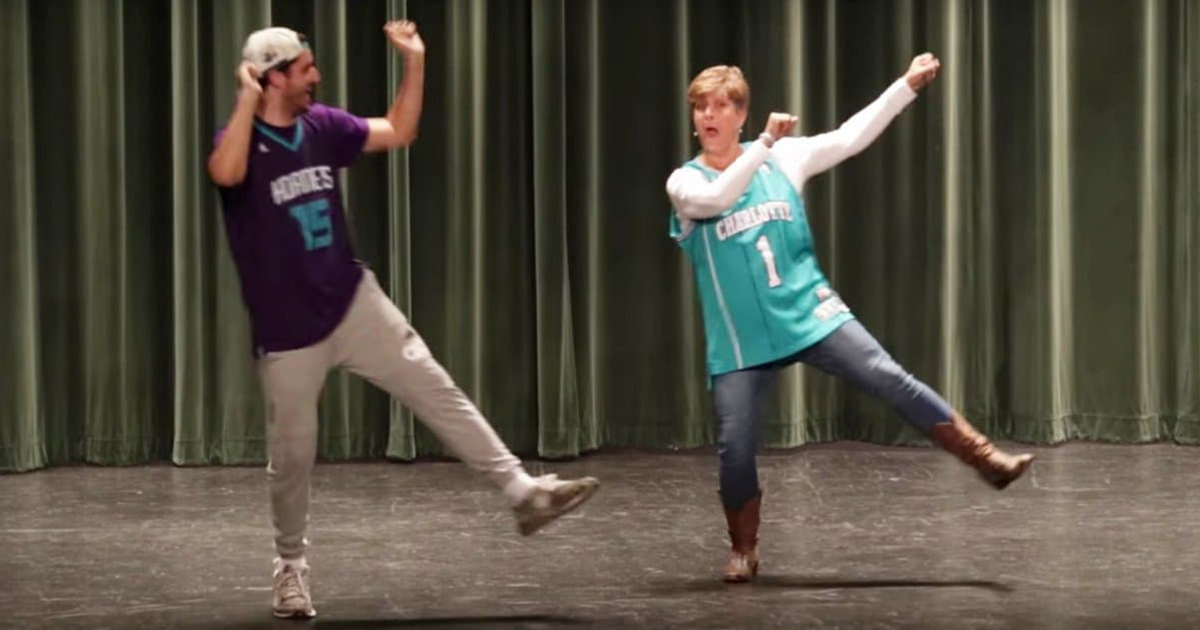 Some teachers may get nervous about showing their goofy side in front of their students. But for this staff member, she had no worries about being silly in front of the kids. In fact, she decided to impress them all by stealing the show at the school talent show.

Ginny Goodwin Jenkins is a guidance counsellor at Myers Park High School in Charlotte, North Carolina, who proved that she is certainly ‘down with the kids’ in the 2017 school talent show.

Joining up with her son, Scott, they choreographed a dance routine, titled ‘History of Dance’, that incorporated popular songs from both of their generations and the result is an impressive, hilarious mashup.

The video of their brilliant 5-minute dance routine proved to be popular on the internet, when after 24 hours of being posted on social media, it was viewed over 1.5 million times. It’s easy to see why when you watch the infectious video for yourself.

Their slick routine shows off both of their dance abilities in a fun and memorable way that isn’t flashy. Dancing to songs ranging from MC Hammer to Cotton Eyed Joe, it’s clear to see that the mother and son are having an absolute blast. I bet they had a great laugh putting the dance together in their living room!


I thought it would be fun to do a little dance. I conned my son, who also likes to dance as much as I do, to do it with me. If you asked most of our friends, you know, we’re the dancing, goofy ones in the family for sure.

Watch the hilarious video for yourself to see their feel-good routine, that has now been viewed over 43 million times on Facebook! I think it’s fair to say that lots of people love their bubbly personalities and toe tapping routine.

If you loved this video, be sure to share it with your friends and leave your thoughts in the comments below.