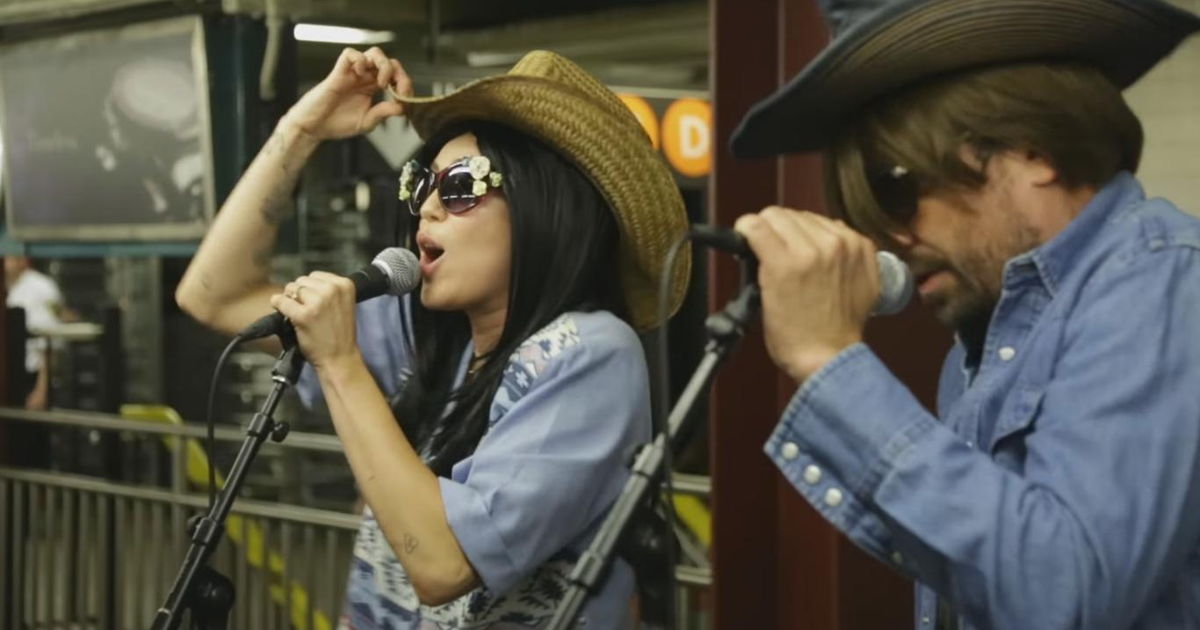 Wednesday night’s episode of The Tonight Show was all about Miley Cyrus, as she performed and played games with host Jimmy Fallon. One of the more memorable moments of the night, however, was when Cyrus and Fallon disguised themselves as buskers and performed in the New York City subway.

Admittedly, their wigs, sunglasses, and hats may not have been the most convincing undercover looks. And once Miley opened her mouth to sing Dolly Parton’s “Jolene,” it became even more obvious who she was. The crowd that gradually formed around them as they performed was further evidence that New Yorkers knew what was up.

“I think everyone knew because of Miley’s distinct voice,” one YouTube commenter suggested, “but I bet people were like what’s this weird guy dancing for? Until they found out.”

That doesn’t mean they didn’t scream with excitement when the pair finally revealed themselves.


Miley told the crowd this was her first time in a subway station. We’d say she got a pretty warm welcome, as the fans sang along with her while she performed “Party in the U.S.A.” She even changed the lyrics to sing, “It’s a party in the subway.”

Watch it all go down in the video below: