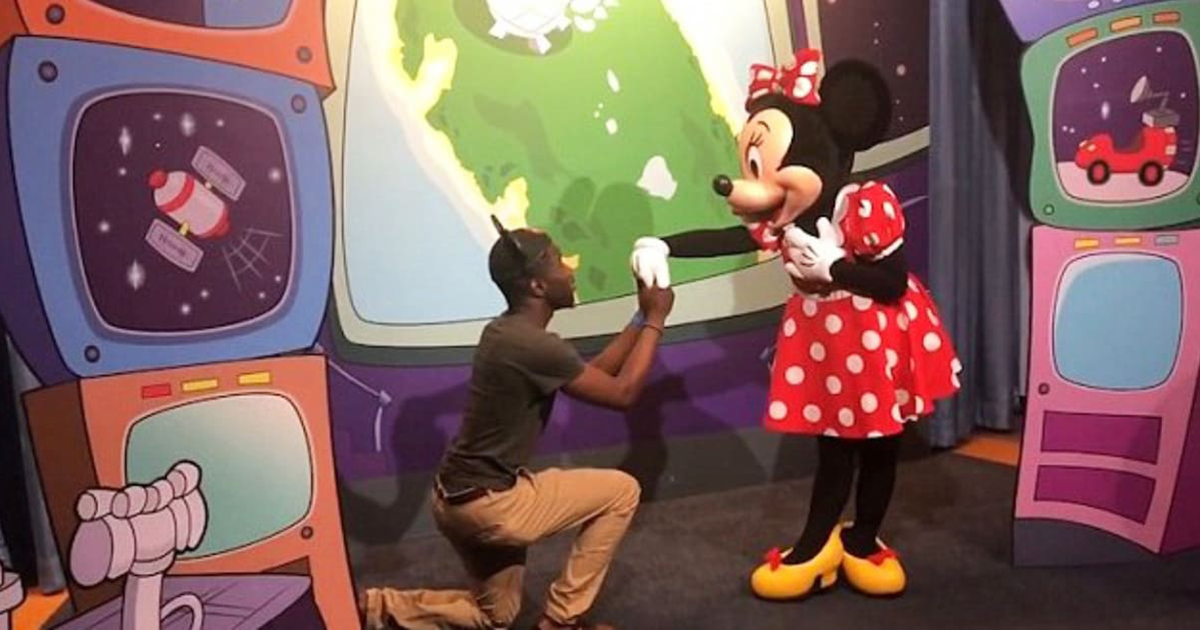 Everyone knows that Disney is the dream factory where all the magic in the world comes from. Disney World is the “happiest place on earth” according to the company slogan. So for one visitor at Walt Disney World in Orlando, Florida, he wanted to do something special to commemorate his adventures. The man decided that proposing to Minnie Mouse would be the best option.

When you thinking of famous cartoon characters, I’m sure most of you first think of Mickey and Minnie Mouse. This joyous couple has been living in perfect harmony for over 90 years now.

So you can imagine the shock on Mickey’s face when a tourist swooped in to try and win the heart of his sweetheart. How? With a proposal.

The hilarious footage was uploaded to Twitter by Nai Sandoval who captured the love-struck Johnny Jean meeting the love of his life at Disney’s Epcot.

The 21-year-old home-wrecker didn’t think that his actions would have consequences – but he had no idea that Minnie’s husband would come strolling over.


Johnny Jean got down on one knee and presented her with a ring. Then he popped the question – right in front of Mickey. Mickey was not impressed by what he witnessed – he’s definitely got a vendetta now.

Even Goofy was there to witness this scary act and he looked unbelievably traumatized. Poor Mickey! Though Minnie seemed to enjoy the attention, we don’t think she’d leave Mickey – they’ve got too much history.

Still, it’s a bold move so you have to give the young man some props for doing it.

Don’t forget to watch this man proposing to Minnie Mouse in the video below. Also, we love hearing all of your opinions. So please let us know what you thought of the article in the comment section below.