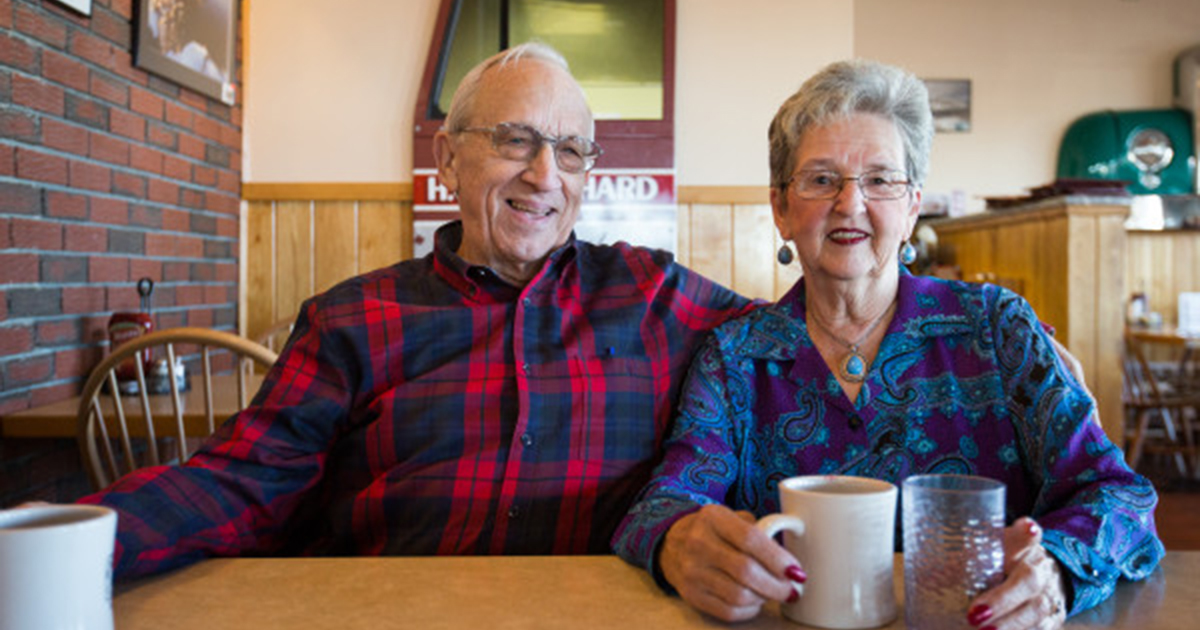 HERMON, MAINE -- 09/12/2016 -- Jack and Sonja Palmer sit down for breakfast at Dysart's Restaurant in Hermon on Monday morning, a habit they practice almost every day. The Maine couple, who have been married for 57 years, have enjoyed internet fame once again after a blooper from a commercial they shot over three years ago resurfaced and was featured on The Late Show with Stephen Colbert. Micky Bedell | BDN


After 57 years of marriage, Jack and Sonja Palmer are pretty used to each other’s quirks, from John’s predilection to mix up words in his sentences, to Sonja’s patience being tried, sometimes, by her husband’s comical personality.

But after two full rounds of the wildly popular “buttery, flaky crust” commercial outtakes going viral there are many, many more people from all over the world who have been introduced to the good-natured, down-to-earth Bangor couple. Now, when they go out for breakfast at Dysart’s — the beloved local eatery with locations in Hermon and Bangor, for whom they shot the commercial — they are often approached by fans.

“People say we’re famous, and I don’t like that. We’re just ordinary people,” said Jack Palmer, who worked for the Bangor Daily News for years before retiring in the early 2000s. “Kids come up to me and say ‘baked in a buttery, flaky crust’ and then say ‘Ha, I got it!’” I say it in my sleep now. And I still screw it up.”

The couple eats at Dysart’s most days per week, and since the video has gone viral for a second time — the first time back in early 2013, when the commercial first aired, and the second time just last week — they find themselves once again approached by people during their meal.

“Hundreds of people have come up to us,” said Sonja. “Some folks from Arizona called in to order a chicken pie, and they said it because of us… What amazes me the most is teenagers. I met four boys in their 20s here, and they come up to me and asked if they could have their picture taken with me. I thought they were kidding, but they said ‘No ma’am, you’re so popular. We really want to have our picture taken with you.’ I couldn’t believe it.”

Though it was the Dysart’s video that brought the Palmers their unexpected fame, it wasn’t the first time the couple had appeared in a TV commercial. Ric Tyler, the producer with Sutherland and Weston Marketing and Communications that shot the commercial, had asked them to be in a commercial for Maine soft drink Moxie, long before the Dysart’s ad.

“That one did not come out very good, so I was surprised he asked us again,” said Sonja. “We didn’t do too good this time, either.”

“We murdered the Moxie one, so we thought we’d murder another one,” said Jack. “She did pretty good, but I really messed it up. It was another tongue twister.”

Despite their track record of marble-mouthed script delivery, Tyler approached the Palmers to star once again in a commercial of his — this time for their favorite local restaurant. On the day of filming, the Palmers were sitting in the busy, open for business restaurant, trying to focus as people buzzed around them.

“[Ric] put a chicken pie in front of us, and I picked up my fork to take a bite, and he said ‘Oh, come on. Take a big bite!’” said Jack. “He said he was going to count down, and the cameraman is right in front of us… I got so screwed up when he was counting down, looking at him, looking at me. I knew he was about ready to flip his marbles with my foolishness.”

“We were sitting over there by the cash register, and there were waitresses around looking at us,” said Sonja. “It isn’t as easy as people think it is.”

“I just couldn’t remember my lines,” Jack said. “A few more minutes, and it would have been murder. Every time I looked over she had that look in her eye.”


Despite the frustration of trying to get the video shoot correct, Tyler knew he had something funny with the outtakes, and later edited them and put them on YouTube. Jack and Sonja alike were amazed that the video went viral the first time — but a second time was completely unexpected. They’ve received calls from “The Today Show” and from producers at Comedy Central to go on national TV, but Jack Palmer isn’t interested. 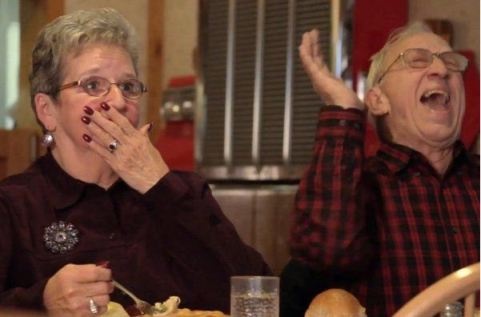 “I said no. Mary Dysart said, ‘Why didn’t you ask me? I’d have been there in ten seconds,” said Jack. “You do something smart, and they don’t care. You do something stupid, and everybody knows it. I’m 78 years old, and I’m still waiting to do something right. I think I might go through this world not doing anything right, if [Sonja] doesn’t speak up fast.”

Though eventually this second round of the video going viral will calm down, for now, the Palmers are more than happy to say hello to fans of theirs that approach them at the restaurant.

“You really meet so many nice people,” said Jack Palmer. “People ask me for my autograph, and I say ‘You’ve got to be joking.’ Let her do it. She’s got good handwriting… She’s put up with foolishness for so long, she deserves a medal.” 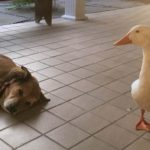 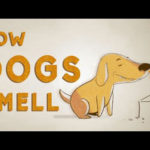