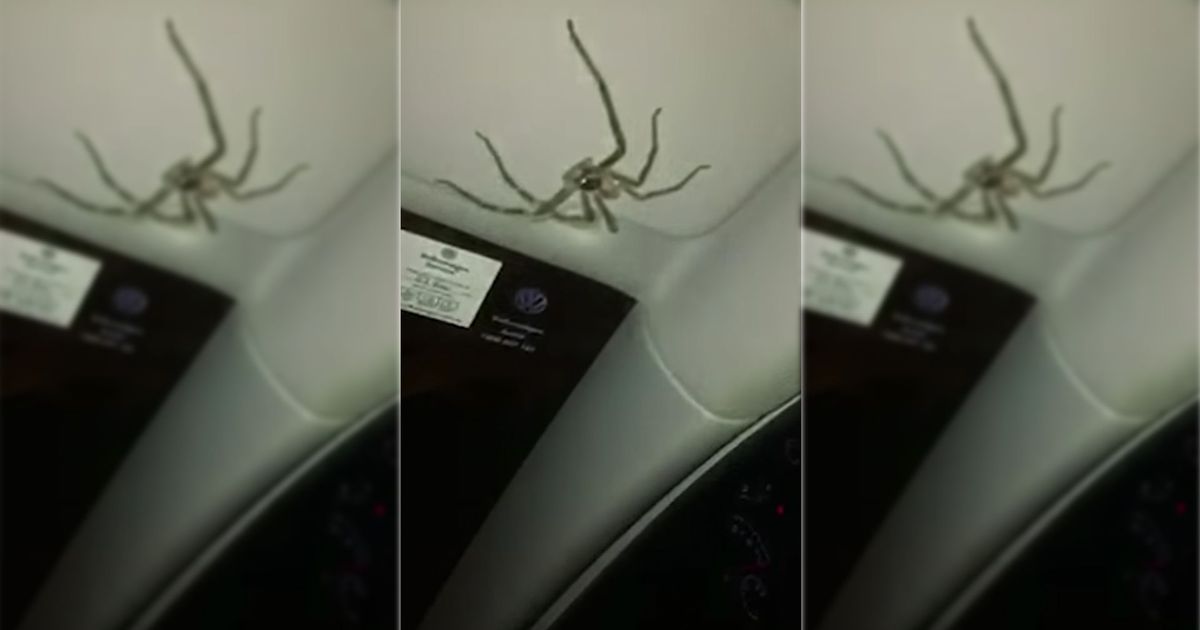 GET OUT OF THE CAR.

A woman in  — you guessed it — Australia was held hostage in her car for about 20 minutes by a giant hairy spider.

Bianca Merrick of Coffs Harbour, Australia, was driving home from work on Friday when she spotted a large spider hanging out on her visor. She decided the best choice was to keep driving for fear of a spider attack.

“I was on my way home from work when I looked up and saw it staring at me,” Merrick told Storyful. “I considered stopping but I didn’t know how I’d get it out of the car, so I thought the best option for me was to keep driving and pretend it wasn’t there for the longest 20 minutes of my life.”

But instead of you know, taking care of the situation when she eventually did get home, Merrick chose to ignore it.

“When I got home I slowly got out of the car, locked the door, went to sleep and pretended that it never happened,” she said. “I checked the car next [day], armed with bug spray and a broom but there was no spider to be found.”

We’re pretty sure that spider is still in the car, but you just keep ignoring it, Merrick.