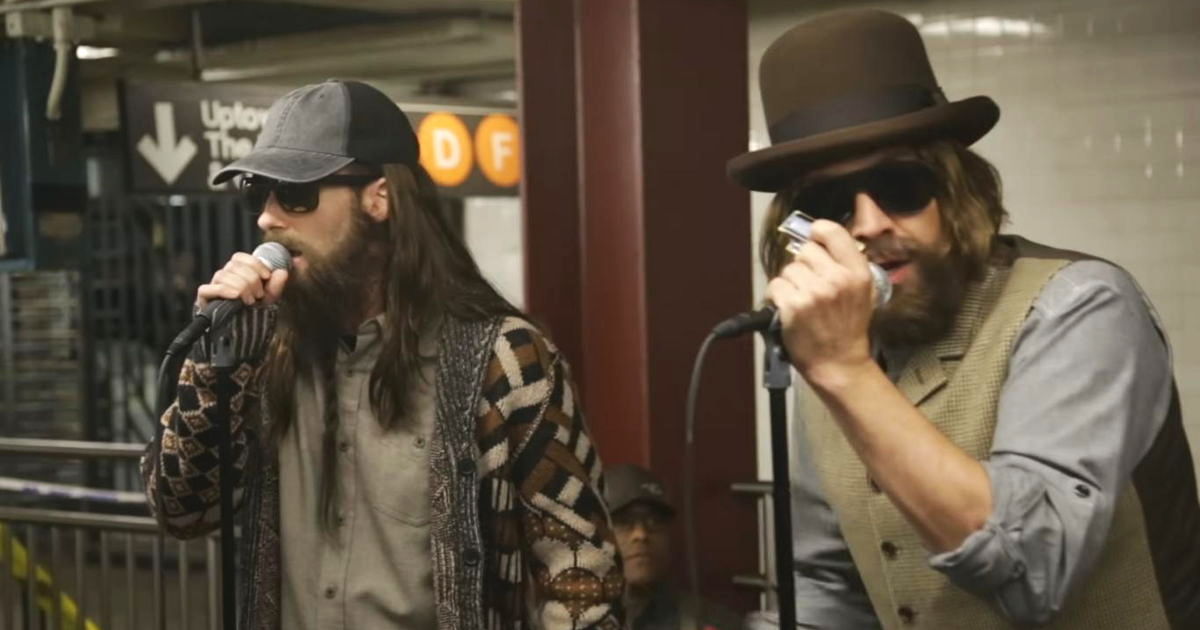 Do you think you would recognize your favorite band if they donned disguises and performed in a subway station? It’s actually not that far-fetched to ask, considering it’s exactly what Maroon 5’s Adam Levine and James Valentine did with Jimmy Fallon in New York City this week.

Fallon previously went undercover with Miley Cyrus, whose distinctive performance of “Jolene” may have given her away. This time, the guys donned beards, hats, and sunglasses for a performance of Queen’s “Crazy Little Thing Called Love.”

We’re not sure how many of the passing commuters recognized who was performing, but they definitely seemed interested, as a group gathered around during the performance, with some people even recording it on their phones.

Before moving on to their second song, Fallon removed his disguise to introduce himself and reveal that the crowd had actually been listening to Maroon 5. Unsurprisingly, a lot more phones came out once he made the announcement.


The group went on to deliver a lively performance of the hit song “Sugar,” as the crowd danced and sang along. “If I was ever a famous musician I would do this just for fun all the time,” one YouTube commenter noted. We wonder who will be next.

Check out the surprise in the video below: