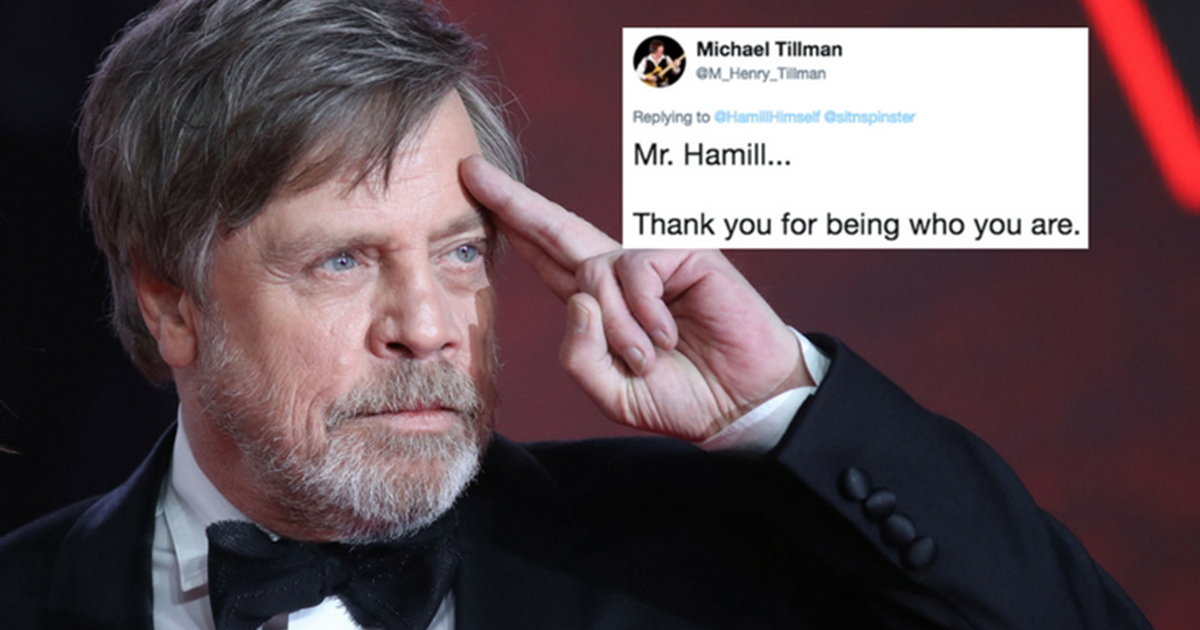 For those who missed it last week, FCC chairman Ajit Pai released a fun-filled, misleading video about all of the things we’d still be able to do without those pesky Obama-era net neutrality rules.

Some of the things include being able to take Instagram photos of your food, shop online for fidget spinners, and binge-watch all of your favorite television shows.

In the middle of the video, Pai tells viewers they can still remain part of their favorite fandoms, and wields a lightsaber while the Star Wars theme plays in the background.

But for Star Wars legend Mark Hamill, it was not amusing in the slightest.

He called “Aren’t I precious?” Pai out in an epic tweet, telling the chairman that he is “profoundly unworthy” of wielding a lightsaber, especially since the Jedi are all about fighting for the “common man.” He also had questions about Pai’s usage of the Star Wars theme:

Hamill, like many Americans, was probably reacting to the news late last week that the FCC had voted down party lines 3-2 in favor of repealing net neutrality, even though 83% of Americans favored keeping net neutrality in place. And Pai’s smugness about it all wasn’t earning him any fans.

Cruz responded to Hamill’s tweet, saying: “Luke, I know Hollywood can be confusing, but it was Vader who supported govt power over everything said & done on the Internet. That’s why giant corps (Google, Facebook, Netflix) supported the FCC power grab of net neutrality. Reject the dark side: Free the net! ”

.@HammillHimself Luke, I know Hollywood can be confusing, but it was Vader who supported govt power over everything said & done on the Internet. That's why giant corps (Google, Facebook, Netflix) supported the FCC power grab of net neutrality. Reject the dark side: Free the net! https://t.co/nARkMvIEYk

There are so many things wrong with Cruz’s statement, it’s hard to even respond. Calling net neutrality a “power grab” and “the dark side” certainly doesn’t sound at all accurate.

Ted, not only is your post lacking any substance.. it is also dismissive of the overwhelming support against @AjitPaiFCC and the decision was made this month. Your ambiguity and distortion of the matter is an insult to the millions of voices stifled and ignored. #netnuetrality

But in the end, it was Hamill again who unleashed a smackdown on the Republican senator:

It looks like both Pai and Cruz should be more wary of messing with a master of shade:

Ted Cruz tried to explain “Star Wars” to Mark Hamill…it did not go well for him… pic.twitter.com/UIDS5ntei7

This exchange is probably the most 2017 ever 😂