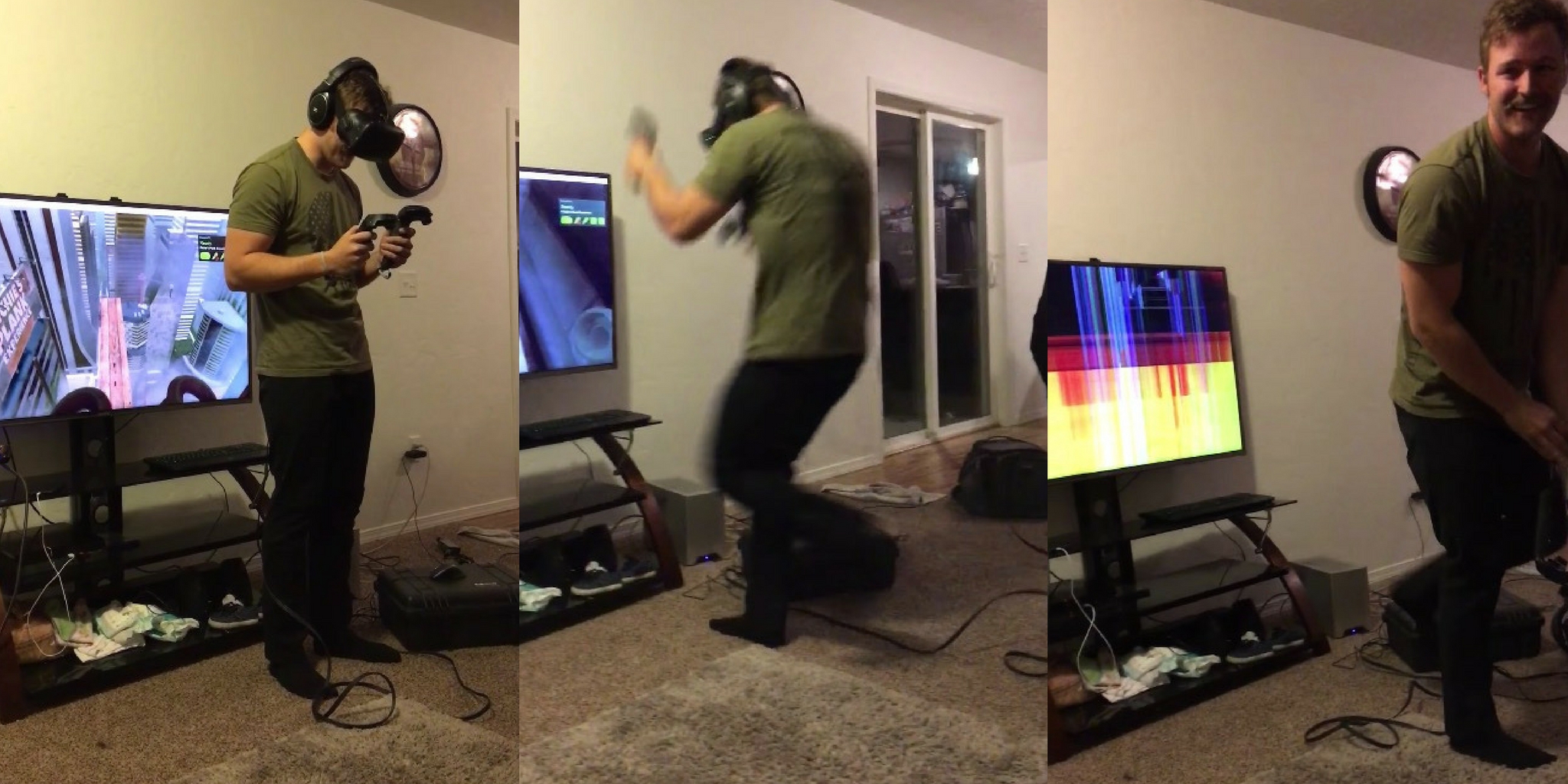 When you’re trying out virtual reality for the first time, it’s easy to forget that the things you see around you aren’t real. Conversely, it’s even easier to forget that the real-life world you’re standing in while using VR is very much still there.

Just take this poor soul who didn’t realize running away in a VR game also meant he was running toward something IRL.

In this trending YouTube video posted on Friday, the title is pretty self-explanatory: “My buddy tried VR for the first time last night. Ended up with a broken TV.”

In less than a minute, we watch a fearful man “walk” toward the end of a beam suspended in midair before he freaks out, turns around, and runs straight into the TV that the game is also playing upon.

“Nope, nope, nope,” he yells out, screaming as he runs straight into the screen. “What, did I just break your fucking TV? Oh my God, holy shit.”

Clearly this isn’t a hoax—the party even attempts to shut down the console, but the screen’s still a mess.


Yeah, you might want to keep this guy’s experience in mind while you’re out shopping for tech gifts next month.

Watch this man’s sad first VR attempt in the video below: