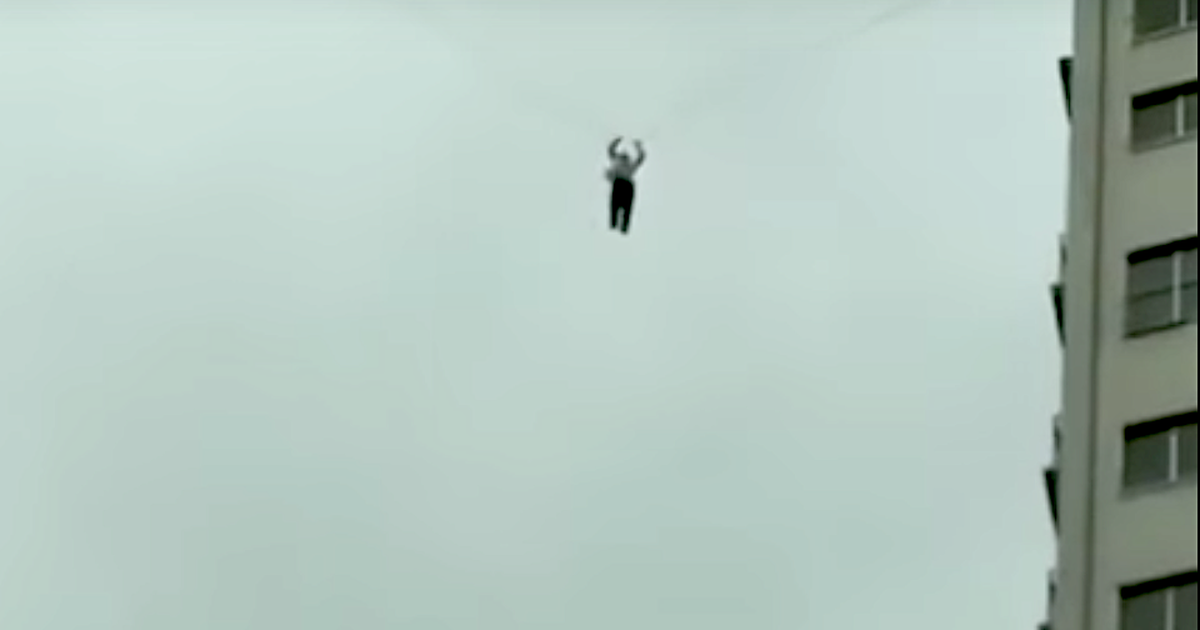 If you’re afraid of heights, look away. A man in China tried fleeing a hotel bill by escaping through a high-rise window, and climbing onto thin telephone wires to get to another building all the way across the street.

Unfortunately, he appears to have underestimated how difficult that would be, and he’s seen struggling to keep his balance, even swinging his body over the swaying wire to anchor it.

Eventually, he ends up trapped between two wires, dangling at a height estimated to be around the 19th floor, based on video footage.

The incident in Guizhou, China, was captured by multiple stunned onlookers, and shared widely on Chinese social media.


The official China Daily points out that he was swinging quite near to a bunch of high-voltage power lines, and that it was fortunate he didn’t come into contact with one.

He was eventually rescued by firefighters, and escorted away by the police. It’s unknown how big the bill was.