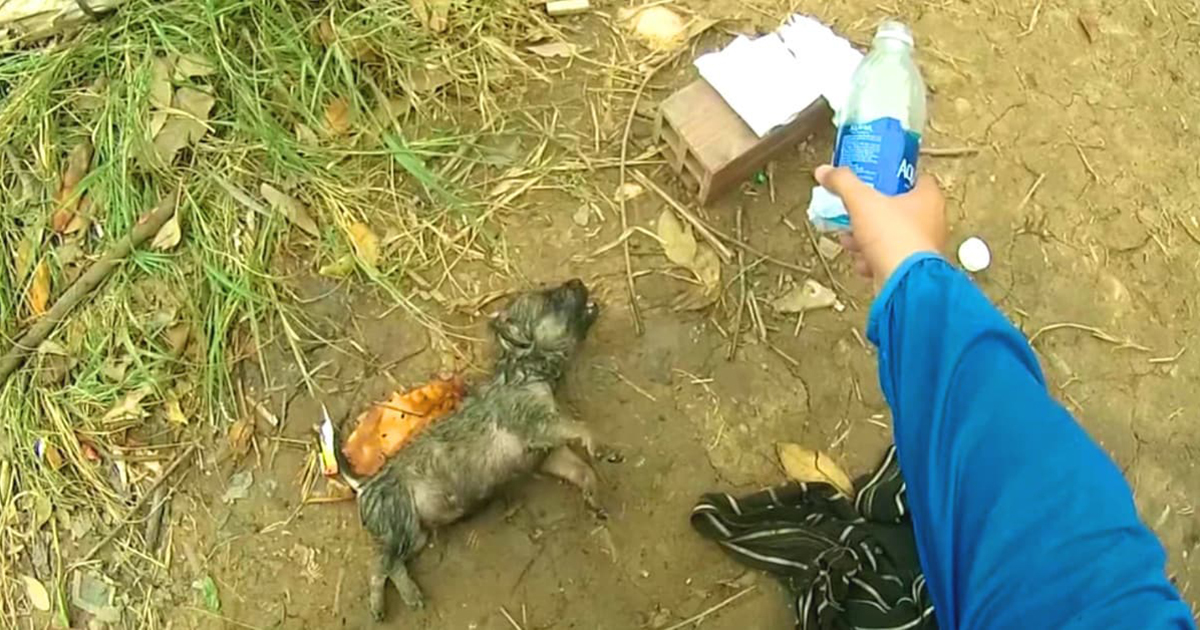 When a man saw something large floating downstream in the river, he expected it to be an otter. But what he saw instead had him running from the shore to rescue the figure from the water.

When a man found a puppy that was drowning, he knew that he had to act fast in order to save the little creature’s life. The poor pup wasn’t moving and the odds weren’t looking good, but that didn’t stop this kind man from trying his best to resuscitate it.

Knowing that the only hope of saving a human from drowning is by administering CPR, he hoped that the same thing would save the tiny animal’s life. Rubbing and pressing its belly, he desperately tried to wake up the pup.

He even tried turning the puppy upside down to see if any excess water would fall out, but nothing seemed to be working. Depending on how long you have been submerged in water, depends on how much time you have to be saved after drowning. But the man had no idea how long the poor pup had been under water.

Just as he had nearly given up hope, there came a small gurgle from the pup. It was starting to breathe.

The man didn’t stop at this and continued to give the puppy CPR and eventually the pup took a second breath. The puppy was slowly regaining consciousness, so he dried it off and the puppy began to whimper and cough. But it wasn’t over yet.


The puppy was struggling to gasp for air so the man came up with an ingenious plan to help the puppy to breathe. After a few minutes the puppy began to breathe again on its own and even began to move its little legs. To say everyone was relieved was an understatement.

The man could have just left the puppy, seeing that it wasn’t breathing but thankfully, he believed that it deserved a fighting chance. And that’s what he gave it…

Watch the video below to see the incredible rescue mission. How the puppy came to be in the river, we’ll never know. But at least, thanks to this kind man, the puppy was rescued and able to live the life that it deserved.

Share this amazing story with your friends – it could save another animal’s life in the future!