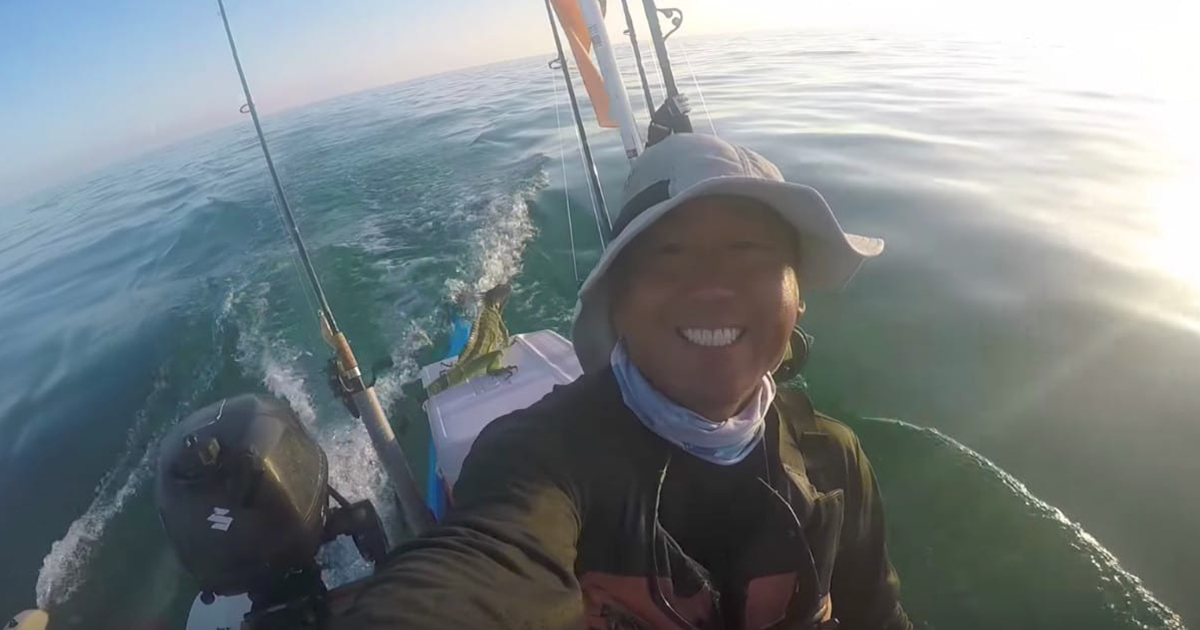 There are a few things you don’t expect to see while kayaking. One of them would be a stranded iguana that’s 4 miles away from shore.

While heading back from an offshore adventure, one alert kayaker noticed a strange object floating in the near distance from his boat.

All I could see were the multiple fins running down its back so I though it was some sort of palm frond, but it just didn’t look right. I ended up stopping and noticed that it started swimming.

To see an iguana so far from shore was quite bizarre. The kayaker stated that he had seen plenty swimming around the islands but never that far away from land.

What was most likely to have happened was that it had gotten caught in a strong outgoing tide that pushed the creature out to sea.

The man was kayaking just inside the reef which was approximately 4 miles from land.

Most likely it would have died out there as the current that far out would most likely push it East with very little chance of coming back inshore.

But who knows, maybe it was just part of its daily swimming routine, travelling between Cuba and the United States. Either way, the iguana looked very happy to hop aboard the man’s kayak.

Don’t forget to watch this adorable iguana rescue in the video below. Also, we love hearing all of your opinions. So please let us know what you thought in the comment section below.