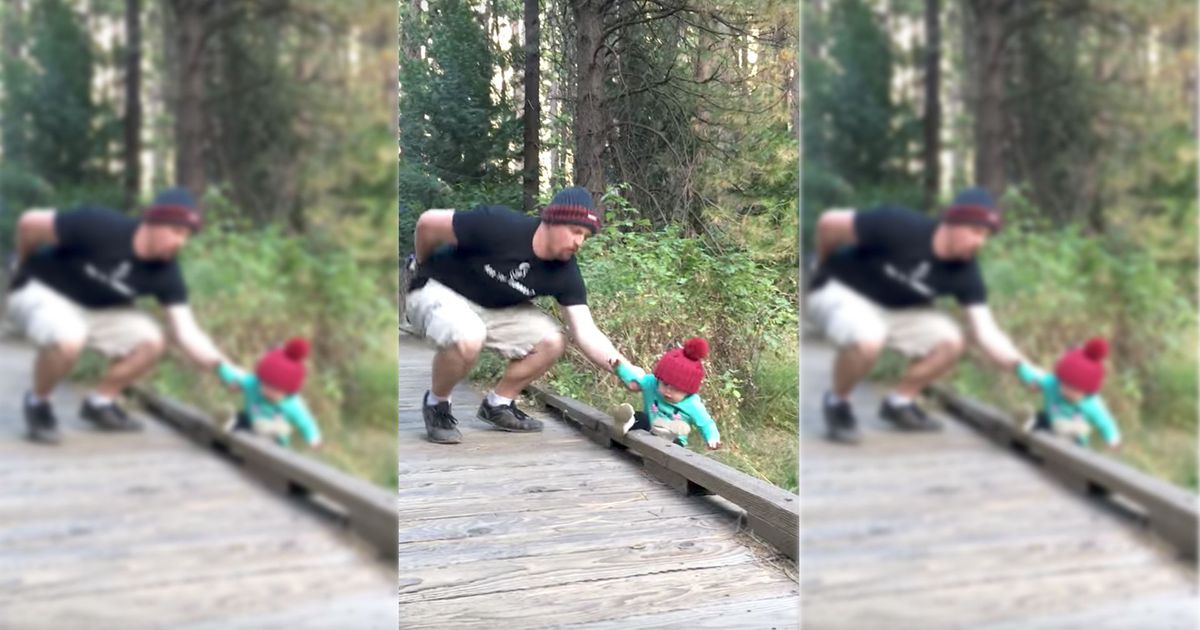 Built inside every human is an impressive reflex that can only be accessed when saving your young. For fathers, it’s lovingly referred to as the dad reflex.

This dad and his daughter were posing for a cute picture on a bridge at Yosemite National Park last year when things almost went terribly wrong. The little girl stepped back, and tripped on the small guard on the edge of the walkway.

Thankfully, the man’s dad reflexes kicked in, and without thinking, he managed to save the youngster from falling and injuring herself. Turns out mom was accidentally recording a video, and captured the whole thing.

“It was a scary moment, but as you can see we were able to laugh afterwards. We are thankful for each other and our lack of injuries,” the dad wrote on YouTube.