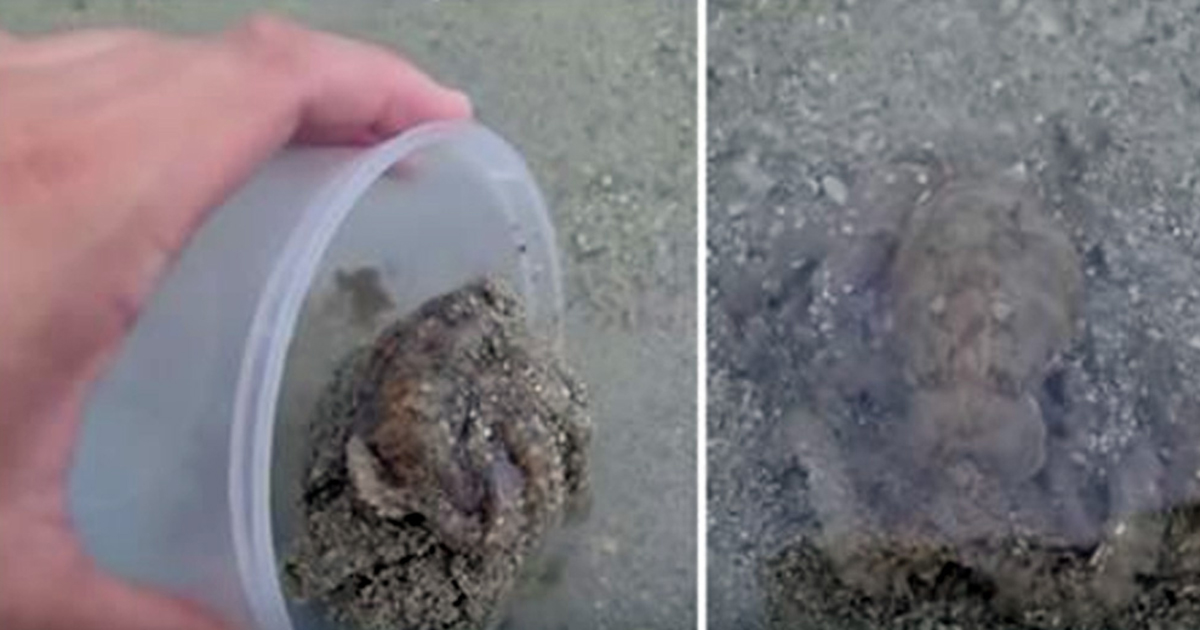 When you do something nice for another person, it is always a good thing to have them say “Thank you” some people today have no manners though. The man in this video helped an octopus that had become beached, and the response he got from the grateful octopus has gone viral!

The man noticed the octopus was struggling after getting stuck in the sand, so he took a plastic cup and scooped up the eight legged, creature and took him back toward the water.

The man waited as the octopus got acclimated to the water again and then the octopus stretched out two tiny tentacles and touched the man’s boot -as if saying “thank you”! After a few seconds, the octopus pushed itself away and headed for the water.


Keep this in mind the next time someone does something nice for you – say thank you! Share away, people!