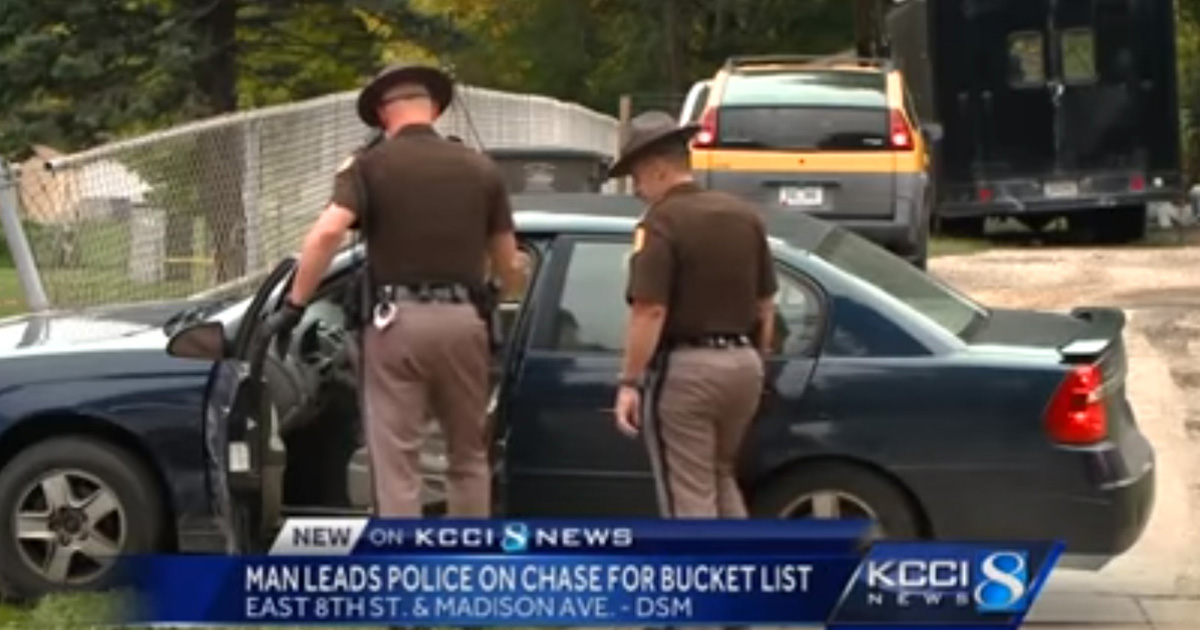 After a brief car chase, police were dumbfounded when the 46-year-old suspect gave them an excuse they had never hear before: “it was on my bucket list.”

Multiple troopers joined the pursuit as Jones led them to Des Moines where the chase ended with a PIT maneuver near East 8th Street and Madison Avenue.

After taking Jones into custody, Troopers searched the vehicle and found nothing out of the ordinary. They had attempted to stop him after noticing his tags were expired. The vehicle was not registered in Jones’ name and he was carrying someone else’s driver’s license.

Jones was arrested and charged with OWI first offense, eluding police officers, interference with official acts, operation of a vehicle without registration, unlawful use of a license, and speeding.


The post Man leads police on high speed car chase because it was “on his bucket list” appeared first on nicerdays.org.